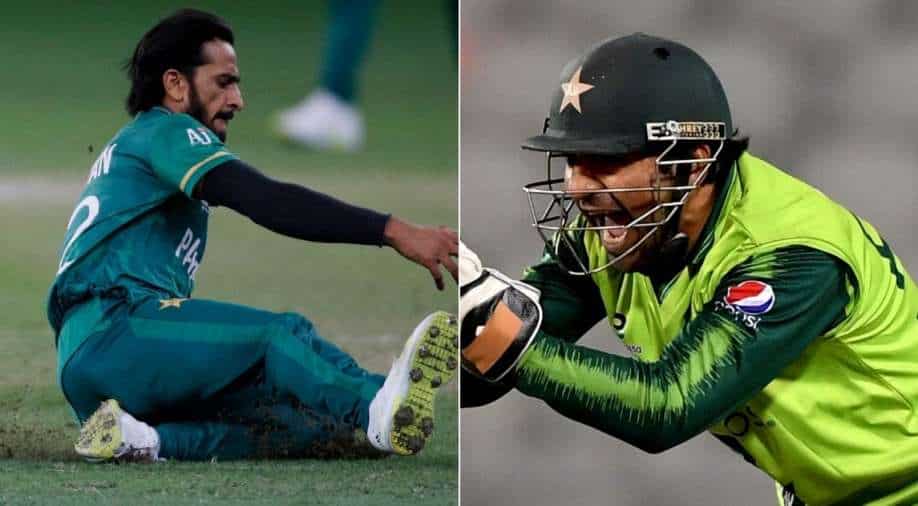 Chief selector Muhammad Wasim said Hasan had been given some time off. Photograph:( Reuters )

Pakistan seamer Hasan Ali has been rested and former captain Sarfaraz Ahmed left out of the squads for this month's white-ball series at home to West Indies, the country's cricket board said on Thursday.

Pakistan are due to host West Indies for three Twenty20s and three one-day internationals, all in Karachi, starting from Dec. 13.

Chief selector Muhammad Wasim said Hasan had been given some time off.

"In consultation with Hasan Ali and taking into consideration that he has been playing non-stop cricket since returning from a back injury, we have decided to give him time off from this series," Wasim said.

Both squads will be led by Babar Azam, with Shadab Khan as his deputy.

West Indies announced their visit to Pakistan last month after New Zealand and England called off scheduled tours to the Asian country in September due to security concerns.