Olympics: 'Remember the names' - Heroes of Indian hockey who created history in Tokyo 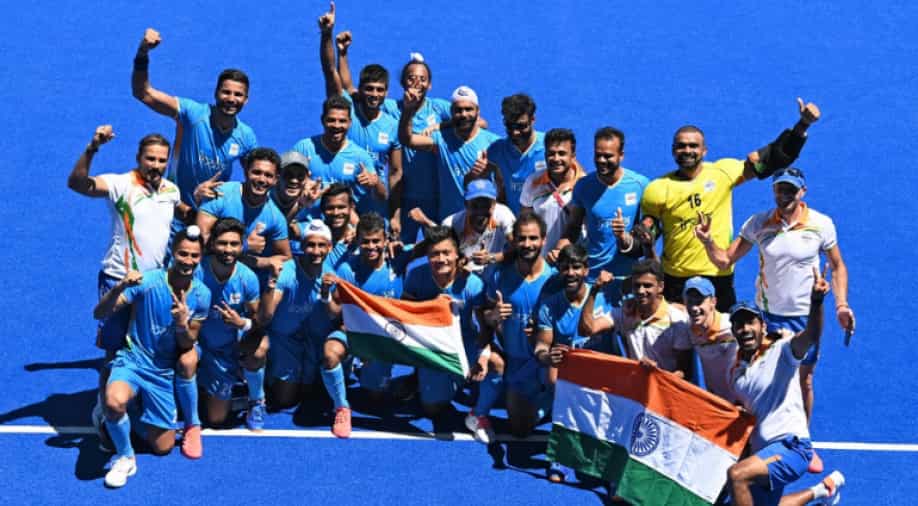 India needed to win a vigorous, exciting, and exhausting clash against Germany that went directly down to the last possible second. Despite trailing following on two separate events in the match, India figured out how to pull off a dazzling comeback 5-4 win to go past Germany and procure a podium finish.

The players from the Indian men's hockey team in Tokyo engraved their names in the history books after they drove the team to a bronze medal win at the Tokyo 2020 Olympics.

India needed to win a vigorous, exciting, and exhausting clash against Germany that went directly down to the last possible second. Despite trailing following on two separate events in the match, India figured out how to pull off a dazzling comeback 5-4 win to go past Germany and procure a podium finish. 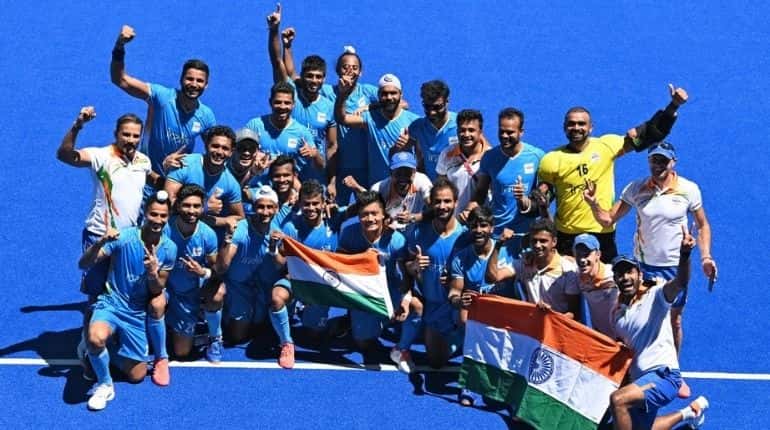 The skipper of the current Indian national hockey team, Manpreet is known for viable authority and brilliant field support.

He is the most esteemed hockey major part in India today. He won the FIH Player of the Year 2019 honor. Till now, Manpreet has been a part of different competitions where India figured out how to win four gold, five silver, and four bronze medals.

The fate of Indian hockey looks brilliant with him in charge of the national team as he and his team bought another bronze medal home.

Skipper Manpreet was speechless after his team defeated Germany 5-4 in the Bronze medal match at the Tokyo Olympics, ending the 41-year-old medal drought at the Games.

For somebody whose essential game in adolescence was not hockey, goalkeeper PR Sreejesh cut a superb vocation at the most significant level. The veteran had to stand by quite a while to make his debut for the senior national team yet a shining execution in the 2011 Asian Champions Trophy - where he saved two penalties against Pakistan to win the title - settled on him the best option.

From that point forward, PR Sreejesh's vocal authority and eminent shot-stopping abilities have immovably settled him as one of the top goalkeepers in the world. He was vital in the Indian hockey team first FIH Pro League crusade in 2020, directing them to four triumphs - two of them in penalty shootouts - and his form was significant for India in 2021 as they endeavored to get back to the Olympic podium for the first time in 41 years.

P.R. Sreejesh's miracle save in the last few seconds helped India to a notable success against Germany. The goalkeeper showed by and by why he is known as the 'Wall of India' with his saves in the game.

Amit Rohidas hails from Saunamara town in Balisankra square of Odisha's Sundargarh area. Rohidas was one of three hockey players from Odisha picked to represent India at the Tokyo Olympics.

He made his first significant leap forward when he was chosen in the Indian group for the Under-18 Asia Cup, held in Myanmar in 2009. However India completed fifth, Rohidas was intrigued with his penalty corner changes through drag flicks and arose as top scorer in the competition with seven objectives. His maiden senior India call-up came in the 2013 Azlan Shah Cup meet.

A student of the Chandigarh Hockey Academy developed huge acclaim for his attacking style of play.

Rupinder discovers a spot in the rundown of renowned hockey major parts in India due to his stunning accomplishment that cultivated after the hat-trick against Britain in the 2010 Azlan Cup.

He is widely acclaimed for his drag flick. Rupinder has represented India in different worldwide events and posed like the top scorer in one of them in 2011.

Hailing from the outskirts of Amritsar, Harman's stick play has over and over left the spectators hypnotized.

His goal-scoring force and macho persona have won hearts across the mainland.

A promising player who endeavors to take the round of Indian hockey ahead, which is the reason he seems next to each other to the names of well-known hockey major parts in India.

Surender Kumar took birth in Brana Village of Karnal area in Haryana. In contrast to a considerable lot of the current Indian hockey players, he did not belong to a hockey background. He initially began playing during his school days at school. It was here where he fell head over heels for the excellent game. He got the attention of selectors because of his never-say kick the bucket mentality and discipline.

Surender Kumar previously played for India in 2012, with the junior group. It was here where he previously wore the desired blue jersey. His predictable exhibition at Junior level and HIL acquired him a call to the senior group, and since then there is no looking back. His performance at the Tokyo 2020 was exemplary.

For India men's hockey group midfielder Hardik Singh, hockey was in his DNA. He was a fifth-age hockey player in the family, He made the cut for the 16-part squad for Tokyo Games 2020, and was enthusiastic about proceeding with his family's inheritance.

The 22-year-old midfielder, who has been a customary element in the team since Odisha Hockey Men's World Cup Bhubaneshwar 2018, said that there is a ton of rivalry for a spot in the midfield, yet that lone makes team's seat strength look solid.

22-year-old midfielder Hardik previously helped Gurjant Singh for India's subsequent goal and later scored the third to seal a 3-1 success against Great Britain to enter the semifinals at the Olympics after four decades and in the bronze medal match against Germany, he scored a goal in the 22nd minute.

Another hockey player from Manipur, Shanglakpam Nilakanta Sharma, was been selected for the Indian men's hockey team for the Tokyo Olympics.

After Mirabai Chanu's Silver, another Manipuri has gotten back an Olympic decoration. This time it is Shanglakpam Nilakanta Sharma, the midfielder in the Indian men's hockey team. Team India made history on Thursday by winning a Bronze at Olympics following 41 years.

Tokyo 2020 was a test for him particularly with nine debutants in the crew, all the more so when the stakes get higher and tension builds further into the opposition, however, he fared really well.

Shamsher Singh turned into the first hockey player from Attari to be picked in an Indian Olympic team.

After missing the 2016 Junior World Cup, Shamsher in the long run made his debut at the Four-Nations Invitational in Valencia. He needed to trust that an additional three years will procure his first India senior cap at the test occasion in Tokyo.

The 26-year-old had a splendid run for Ranchi Rhinos at the 2013 Hockey India League season, where he scored a goal, to help his side secure 2-1 success over Punjab Warriors at the Surjit Hockey Stadium. He was instrumental in driving the Ranchi franchise to the title, in the debut period of the Hockey India League.

He was the second most noteworthy scorer in the alliance, with ten goals in thirteen matches, and was granted the trophy for the upcoming Player of the Tournament award.

Dilpreet Singh hails from Surjit Hockey Academy, Jalandhar, which he joined only seven years prior.

While playing for Surjit Hockey Academy, he was chosen for the national team and joined the camp. In the hockey match played between Great Britain and India at the Tokyo Olympics on Sunday, India dominated the match by overcoming Great Britain 3-1.

In the match, Dilpreet Singh scored one goal against Great Britain. Is most fulfilling that the Indian team entered the semifinals of the Olympics after 49 years.

'Remember the names' of these XI players and the players on the bench who supported and cheered for the team all throughout. A victory that will be remembered for the ages to come.