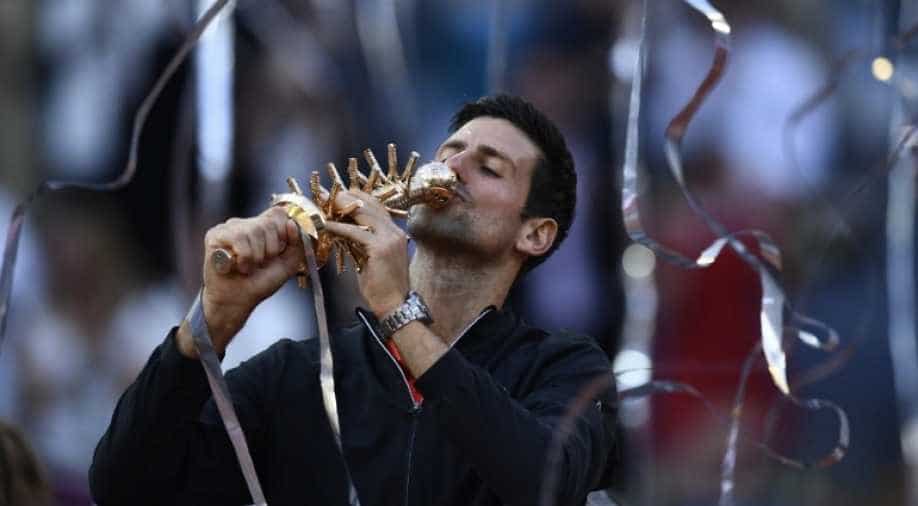 Novak Djokovic joined Rafael Nadal as a 33-time Masters champion on Sunday when he swept to a 6-3, 6-4 win over Stefanos Tsitsipas to claim a third Madrid Open title.

The world number one dominated a clearly exhausted opponent less than 24 hours after the 20-year-old Greek had stunned five-time champion Nadal in a semi-final which ended around midnight on Saturday.

Djokovic and Nadal will now attempt to claim a 34th Masters title in Rome this week in a key indicator ahead of Roland Garros which gets under way on May 26.

Djokovic never let Tsitsipas get into gear in a final which lasted just over 90 minutes.

"This is a very important win for me, especially for my confidence," 15-time Grand Slam winner Djokovic said.

"I was not playing my best after winning the Australia Open but I started this week well, not dropping a set all through. I've played some of my best tennis here."

Tsitsipas, who beat Djokovic in their previous meeting last summer in Canada, was broken once in each set, enough of a margin for the top seed to take the trophy, his second of the season after the Australian Open.

The Serb still needed four match points to get the job done with Tsitsipas finally beaten when Djokovic sent a winning volley into the corner.

Tsitsipas hailed Djokovic who will hold all four Slam titles if he goes on to claim a second French Open next month.

"It's inspiring what you do, simply amazing. You deserve it," the Greek told the Serb.

"You had a great week. It was also a great one for me, with good memories and good crowd support."

Djokovic said he was likely facing an opponent lacking a few physical reserves after a long semi-final struggle with Nadal.

"I needed to step up, Stefanos is very talented. But he finished around midnight -- he had a very late night and a very long match.

"This was a big week for me and I'm looking forward to continuing like this in Rome.

"The Masters 1000s are the biggest ATP events, right alongside the Grand Slams. This is about as important and good as it gets."

Tsitsipas was playing his second Masters 1000 final after losing to Nadal in Toronto last August.