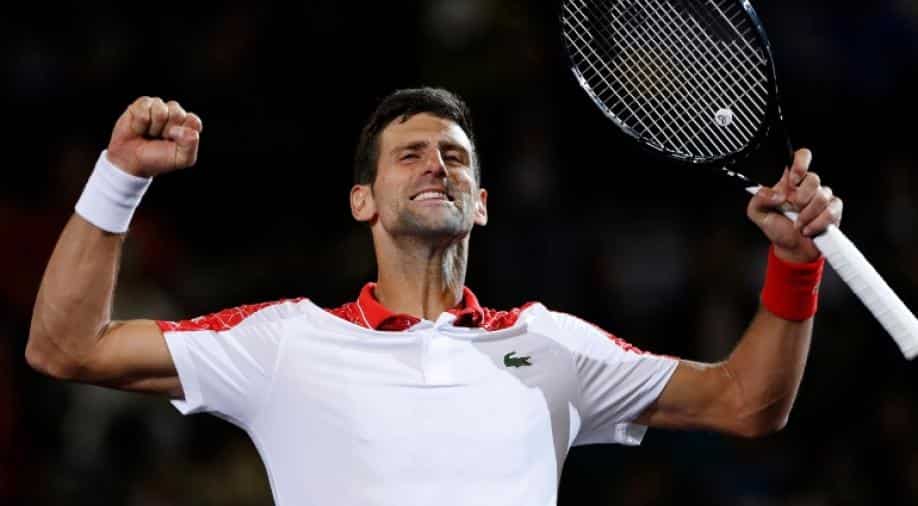 Djokovic, the president of the ATP Player's Council, has led a push for a higher percentage of earnings generated at the world's biggest tennis tournaments be distributed to players.

Novak Djokovic says he is satisfied with how the grand slams are reacting to a player-led push for bigger paychecks - but that it's not about increasing his own bank balance.

Djokovic, the president of the ATP Player's Council, has led a push for a higher percentage of earnings generated at the world's biggest tennis tournaments be distributed to players.

He said on Sunday ahead of the start of the Australian Open he was satisfied with recent prize money changes, which includes a 14 percent rise in the prize pool for the Melbourne event.

"We're trying to increase the number of players that are able to travel around the world, not just cover expenses, have the full team, have a decent living out of the sport that they play."

An International Tennis Federation (ITF)-commissioned study previously found the break-even point where average costs met earnings in 2013 was 336 for men and 253 for women. But once coaching costs are factored in, far fewer players can make a living, with the break-even point approaching 150.

A large part of the prize money increase at the Australian Open - run by the country body and ITF, not the ATP - is directed at the earlier rounds of the tournament.

Players can usually secure a main draw appearance by having a ranking in the top 100.

Djokovic and rival Roger Federer are both in search of a record seventh Australian Open title in Melbourne, and with it, a winner's purse of A$4.1 million ($2.96 million).

They are on opposite sides of the draw, making a final showdown a possibility between two of the sport's most successful players.

Some players are poised for their single biggest payday regardless of their first-round result. Australia's Astra Sharma has earned just over $50,000 during her career although that figure will at least double after she won through three qualifying rounds.

Djokovic, who lost in the semi-finals of the rich Qatar Open in the lead-up to the first grand slam event of the year, is scheduled to play qualifier Mitchell Krueger, from the United States, in the first round.

The Serb was struggling for form early in 2018, before a run of titles in the second half of the year, which included Wimbledon and the U.S. Open, propelled him to the top of the rankings.

One of the Djokovic's 'Big Four' cohorts, Andy Murray, is under a severe injury cloud coming into the tournament, with the Scottish player disclosing on Friday he would be retiring this year because of the severe pain from his troublesome right hip.

Djokovic said he would carry "beautiful memories" of Murray, a player he has known since junior tennis given they were born just one week apart.

"As an athlete, that's probably the biggest obstacle and enemy that you can have - an injury," Djokovic said. "That's something that takes away your ability to compete and play the sport that you love."