Not Rashid Khan! Sunil Gavaskar names player who can be key for Afghanistan in must-win game vs NZ 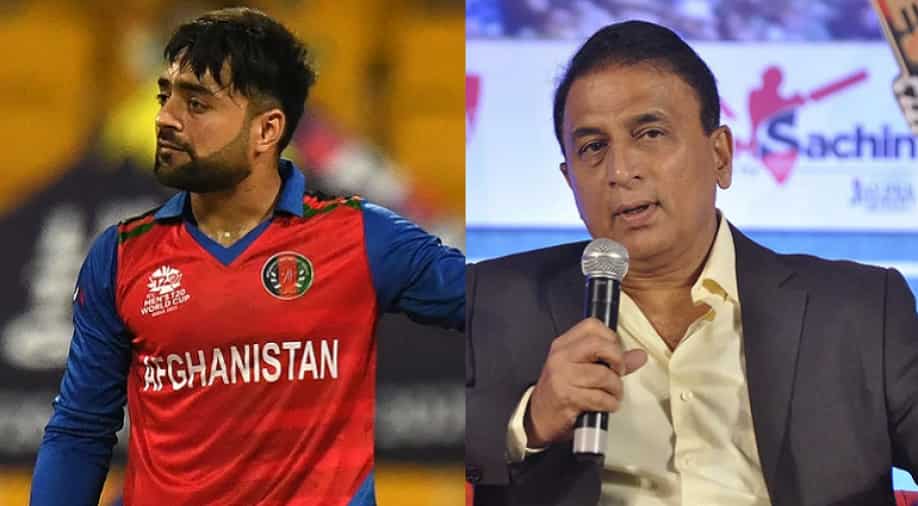 Sunil Gavaskar picked a player who can be key for Afghanistan in muct-win NZ clash. | Photo - AFP/IANS | Photograph:( Others )

Former India captain and legendary batter Sunil Gavaskar has picked a player who he feels can be the key for Afghanistan in their must-win game against New Zealand in the T20 World Cup 2021 on Sunday (November 07).

Indian fans and players will be watching closely as New Zealand lock horns with Afghanistan in their final Super 12 game of the ICC T20 World Cup 2021. A place in the semi-final will be on the line when the two teams meet at the Sheikh Zayed Stadium in Abu Dhabi on Sunday (November 07). The game will also decide Team India's fate in the tournament as a defeat for Afghanistan will confirm Virat Kohli & Co.'s exit.

New Zealand are currently placed second in Group 2 with six points from four matches so far and are in a must-win situation to retain their second spot. A loss against Afghanistan will see their campaign come to an end on Sunday. The equation is a simple one for them as they have their fate in their own hands and need a win to finish second and qualify for the semi-finals.

On the other hand, Afghanistan can qualify if they manage to beat New Zealand by a huge margin and increase their net run rate to an extent that India can't catch them in their game against Namibia. An Afghanistan win will also keep India alive in the competition and the Kohli-led side can qualify if they can thrash Namibia by a big margin in their final Super 12 game.

Ahead of the all-important encounter between Afghanistan and New Zealand, many have touted star spinner Rashid Khan as the game-changer against the Kiwis. However, former India captain and batting legend Sunil Gavaskar believes spinner Mujeeb Ur Rahman will be the key for Afghanistan against Kane Williamson's men. Mujeeb had missed Afghanistan's last game against India due to an injury and is expected to be fit for the New Zealand game.

"I just want Mujeeb to be fit for that game. That would mean an additional mystery spinner against New Zealand. If he along with Rashid Khan and Mohammad Nabi can weave their magic then. Yesterday against Afghanistan India got a little toe-in. Now they will have to hold forte. If Afghanistan beat New Zealand, they have smashed the door," Gavaskar told Star Sports.

Gavaskar said Mujeeb can be the major threat for the New Zealand batsmen as he is hard to pick and has got experience of playing T20 cricket around the world. The spinners will have to play a crucial role if Afghanistan are to pull off an upset against New Zealand on Sunday.

"Mujeeb is going to be such a key element for that game because he is very difficult to pick just like Varun Chakravarthy and he has got a little more experience than him. So he and Rashid Khan are going to be the key," Gavaskar added.