'Not in our hands': Jasprit Bumrah reacts to Virat Kohli's 100th Test being played behind closed doors 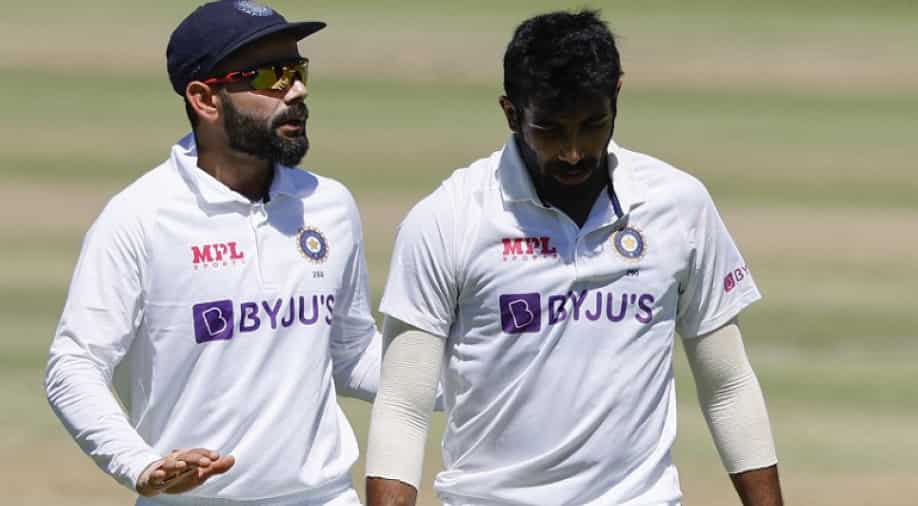 Indian cricket team's vice-captain Jasprit Bumrah on Tuesday (March 01) reacted to the Board of Control for Cricket in India (BCCI)'s decision to conduct Virat Kohli's 100th Test for India behind closed doors. The first Test of the upcoming three-match Test series between India and Sri Lanka at the PCA Stadium in Mohali, Punjab will mark Kohli's 100th appearance in the longest format for the national side.

Bumrah said the team is not thinking about the match being played without any crowd at the stadium and that they will be focused on winning the game. It will be a memorable day for Kohli, who will walk out in his 100th Test on Friday and many believe the former Indian captain deserved to play the milestone game in front of fans.

"Right now we're focussed on what we can control. Of course, if there's a crowd it's great since they bring energy.  It's a big match for Virat Kohli obviously, but that's something which is out of our control. We don't decide the rules," said Bumrah, who will be skipper Rohit Sharma's deputy for the series.

Kohli will become the 11th Indian player after the likes of Sachin Tendulkar, Rahul Dravid and Kapil Dev among others to reach the milestone of 100 Test matches for the country. He has been one of India's best batters in the longest format over the years and is also India's most successful Test captain with 40 wins in 68 Test matches as skipper.

Bumrah lauded Kohli for the brilliant milestone and said it's another feather to the illustrious cap of the former Indian skipper. The premier pacer also lauded Kohli for contributing a lot to the Indian team's success in Tests over the last few years.

"It is always a special achievement for a player to play 100 Tests. Virat has contributed a lot to this team and will continue to do so. It is another feather on his cap and I would like to congratulate Kohli. It is a testimony of his hard work," said Bumrah.

The first Test between India and Sri Lanka will get underway in Mohali from Friday.