No Messi, no problem as Barcelona sink Inter 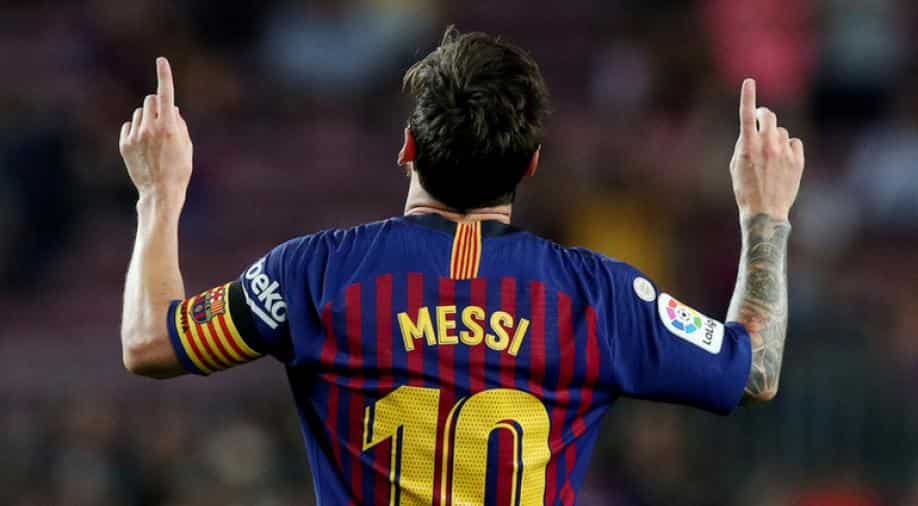 Barca top Group B with nine points while Inter are second on six, with PSV Eindhoven and Tottenham Hotspur locked on a point each.

Barcelona came through their first test without the injured Lionel Messi, earning a convincing 2-0 win at home to Inter Milan to take control of Champions League Group B on Wednesday.

Midfielder Rafinha opened the scoring against the club where he spent the latter half of last season, bursting through the middle and finding Luis Suarez, then turning the Uruguayan's cross in on the volley in the 32nd minute.

Spanish left-back Jordi Alba killed off Inter's resistance late in the second half with a thumping low finish, snapping the Italian side's winning streak of seven games in all competitions and sealing a third straight win in the Champions League for Ernesto Valverde's side.

Barca top Group B with nine points while Inter are second on six, with PSV Eindhoven and Tottenham Hotspur locked on a point each.

A victory for the Catalans away to Inter at the San Siro in two weeks' time will seal their place in the last 16 of Europe's elite competition, in which they have underachieved since lifting the trophy in 2015.

"We still miss Messi but we wanted to miss him while winning. We had a great opponent in front of us and we prevented them from playing and got a great result," Valverde said.

"We were very happy because it was a vital game, we were all waiting to see what would happen without Messi but we responded well."

With Messi watching on from the stands, his right arm in a cast after fracturing it against Sevilla on Saturday, the Catalans initially appeared to lack some of their usual swagger.

They survived an early scare when a low cross fell to Inter captain Mauro Icardi but the Argentine, a former Barca youth player, sent the ball over the bar.

Barca soon began to dominate the game, however, with Brazilian midfielder Arthur Melo dictating the pace from deep in a manner reminiscent of former midfield great Xavi. He helped Barca monopolise possession and starved Inter of any memorable chances before the break.

"Barca are better with Messi around, but they also know how to do well without him, as we saw today," said Inter coach Luciano Spalletti.

"They know exactly how they want to play, they move the ball with speed and they press you a lot high up the pitch."

The Italians reacted well after the interval and had a couple of dangerous spells without troubling Barca goalkeeper Marc-Andre ter Stegen.

But Barca quickly retook control and Alba wrapped up a win which should give them plenty of confidence heading into Sunday's 'Clasico' against Real Madrid and, above all, the belief they do not need Messi on the pitch to beat one of Europe's best sides.

"Winning this game gives us an emotional boost for the 'Clasico'," added Valverde.

"It will be an exciting game but I don't think we'll have any advantage. We need to keep playing with the solidarity and team spirit which we showed today."