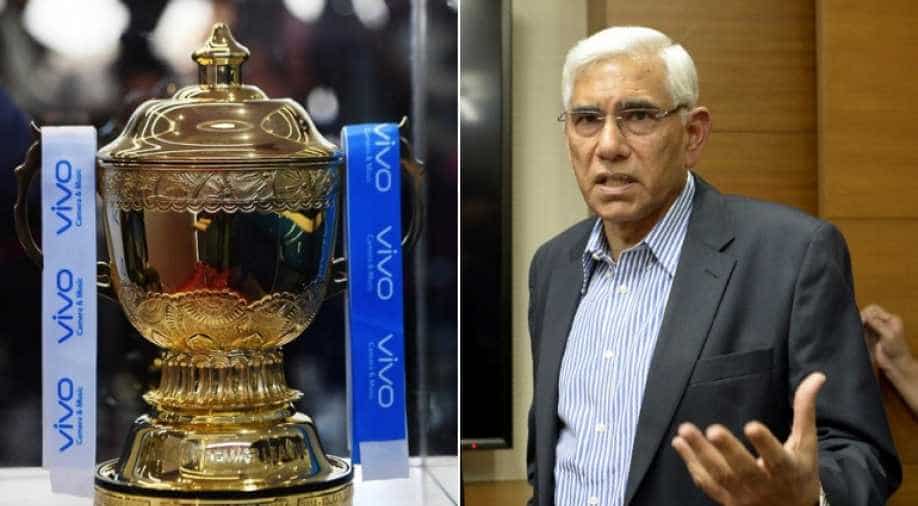 'The amount of the budget for the opening ceremony will be given to families of the victims of this terror attack,' said CoA chief Vinod Rai.

There will no opening ceremony for the twelfth edition of India Premier League following a terror attack in Jammu and Kashmir's Pulwama that killed over 40 Central Reserve Police Force (CRPF) personnel.

The chief of the Supreme Court-appointed Committee of Administrators (CoA) Vinod Rai said, "We'll not have a regular IPL opening ceremony."

He further added, "The amount of the budget for the opening ceremony will be given to families of the victims of this terror attack."

Usually, the opening ceremonies of India's cash-rich T20 league are heady mix glitz and glamour with performances by Bollywood stars being the highlight.

However, the CoA took the call at a meeting to scrap the ceremony in honour of martyred CRPF men.

Vinod Rai also mentioned that BCCI will draft a letter to game's global governing body asking them whether to ban Pakistan from participating in the 2019 World Cup.

The Rai-led CoA decided against taking any stand on the World Cup clash against Pakistan but said it would individually urge ICC members to "sever ties with any nation that is a terrorist hub".

The twelfth edition of India Premier League is set to start from March 23, 2019.

The defending champions Chennai will kick off the season against Virat Kohli-led Bangalore team.