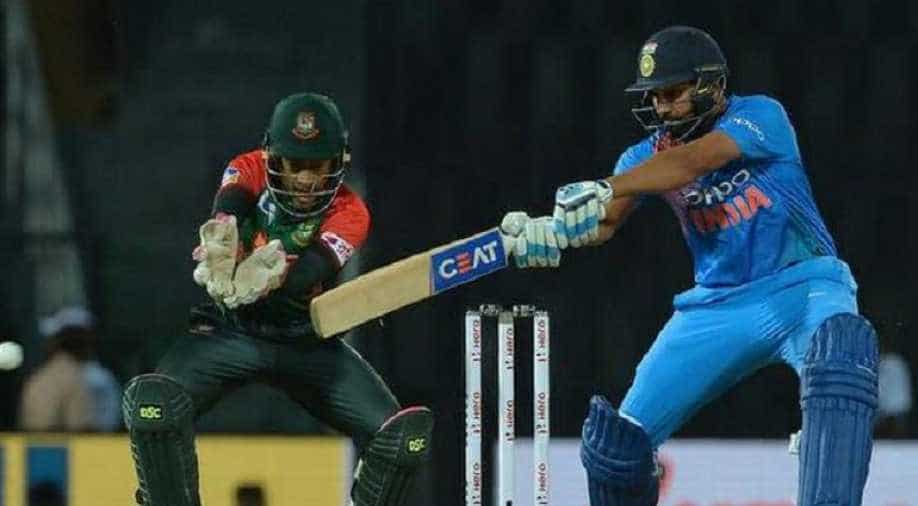 Bangladesh will be desperate to get one win over the Indian side in the last match of the T20 tri-series. Photograph:( Zee News Network )

After a spectacular win against hosts Sri Lanka, rejuvenated Bangladesh is all prepped up to take on clinical India in the final of the Nidahas Trophy T20 tri-series at the R. Premadasa Stadium on Sunday.

Although, Rohit Sharma-led team had the better of Bangladesh in the previous encounters in ongoing T20 series, Shakib Al Hasan's team now looks completely different and one that is high on confidence.

Bangladesh have never defeated India in the T20 format. The two sides have played seven games with 'The Tigers' losing each.

Bangladesh will be desperate to get one over the Indian side in the last match of the T20 tri-series.

The team head into the final on the back of broken dressing room glass, threat of calling the players back during a match and some verbal jousting. The last-over fracas against Sri Lanka has not won Shakib Al Hasan’s side plenty of friends.

However, Shakib was left off by the ICC with just a 25 per cent of his match fee as fine.

India, since their opening defeat to Sri Lanka, have only moved ahead, winning three on the bounce to waltz through to the final.

Skipper Rohit Sharma struck a brilliant 61-ball 89, his 13th T20 half century and was well supported by left-hander Suresh Raina, 47 runs, as India edged past the Bangladeshis by 17 runs to seal their spot in the final.

Whereas for Bangladesh an area of concern would be their death bowling.

In their last two games against India and Sri Lanka, their last 10 overs yielded 105 and 106 runs, respectively.

To break the T20 hoodoo, Shakib’s side cannot afford to gift runs away in the death overs against India.