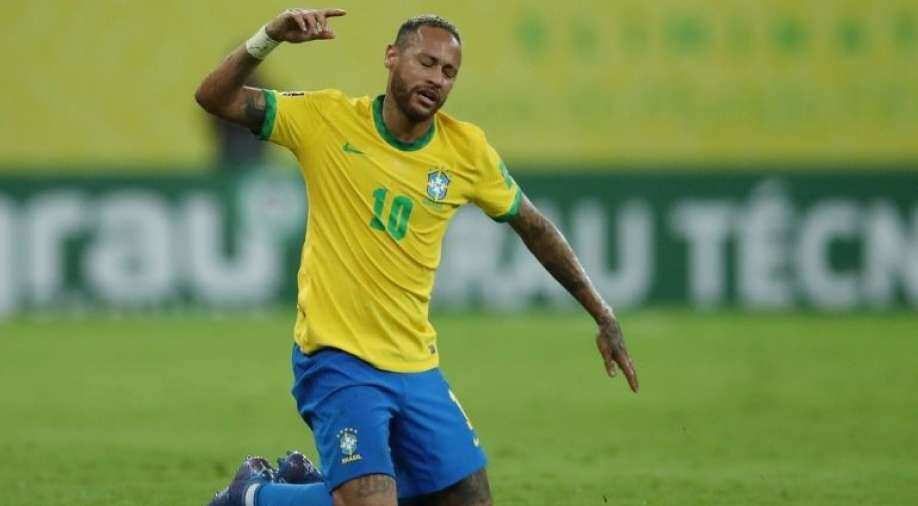 After the win against Peru, Neymar said, "This has been happening for a long time, from you reporters, commentators, and others as well. Sometimes I don't even want to give interviews but I do my bit at important moments."

Brazilian footballer Neymar Jr gave a befitting reply to the social media trolls that labelled him as "fat" and "overweight". The Paris Saint-Germain star took to his official Instagram and posted a photo of himself holding up his Brazil shirt to show off his chiselled abs. "Fatty is good at football," he wrote as the caption.

Neymar was on the scoresheet as Brazil defeated Peru 2-0 for their eighth consecutive 2022 World Cup qualifying win on Thursday (September 9). Besides the goal, Neymar had an assist but was criticised by fans and commentators for getting involved in scuffles and not reproducing the scintillating form that has made him one of the top players of his generation.

ALSO READ | 'I am here to win again, it's not a vacation,' says Cristiano Ronaldo on Manchester United return

After the win in Recife, Neymar responded to the same as he said, "I don't know what more I need to do in this shirt for the fans to respect. This isn't normal."

"This has been happening for a long time, from you reporters, commentators, and others as well. Sometimes I don't even want to give interviews but I do my bit at important moments," he added.

He was also criticised after Brazil's 1-0 win over Chile last week, with some fans saying he looked overweight. After the match, he laughed off the criticism over his fitness.

In a now-deleted Instagram story, he wrote along with several laughing emojis, "The shirt was size G (large), I'm at my weight. Next game I'll order an M." He also commented about the match against Chile and wrote, "Did we play well? No! Did we win? Yes!" The 29-year-old has been criticised since his shirtless picture, which was taken on a yacht, surfaced online and social media users started ridiculing it. As per the reports, the viral image was taken during a vacation when Neymar was relaxing after his exploits at the Copa America this year.

Neymar goal on Thursday was his 69th for the national team, and his 12th in World Cup qualifiers, a Brazilian record. Brazil are top of the South American qualifying group for next year's World Cup in Qatar and virtually guaranteed a spot at the finals.