Sergio Aguero has no Barcelona regrets despite Lionel Messi exit 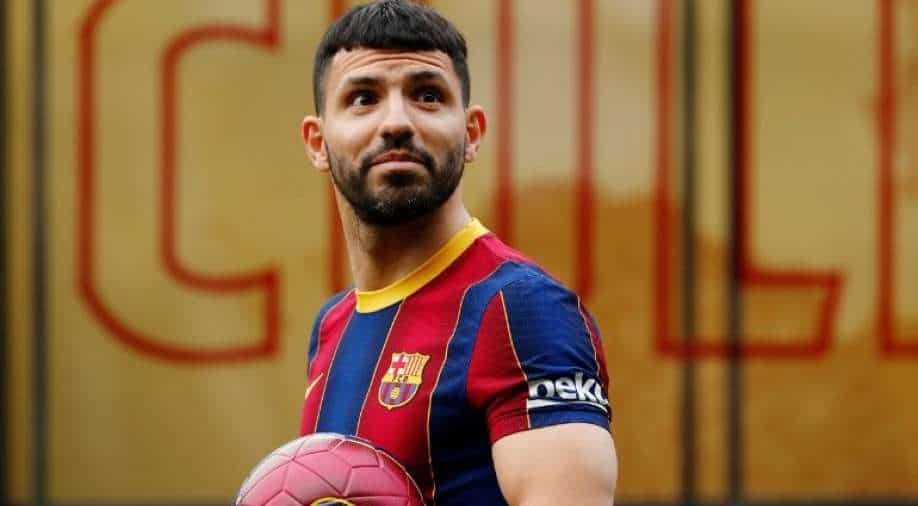 The Argentine, who arrived on a free transfer from Manchester City, said he was happy with the decision he had made - even if it meant taking a paycut.

Forward Sergio Aguero said he has no regrets over signing for Barcelona despite the fact that close friend Lionel Messi left the club in the same transfer window.

The Argentine, who arrived on a free transfer from Manchester City, said he was happy with the decision he had made - even if it meant taking a paycut.

"No doubt I'd sign for Barca again. Just for the name of the club, many players are open to giving up money in order to come," Aguero told Spanish radio station RAC1.

"When we spoke to Barca we knew about their finances, but I told my agent that I didn't care about money - all I wanted was to sign for Barca, even if it meant not earning what I was at City.

Aguero admitted he did speak with Messi about his situation, however, he denied media reports he had a clause in his contract allowing him to walk away if his countryman left.

"He told me at the Copa America that it looked like the deal was done, but that's all we spoke about the situation," Aguero said.

"When we came back he said they were still trying to come to an agreement but then the famous Thursday happened and I was left in shock, like everyone.

"Someone invented that I had a clause that allowed me to leave if Leo (Messi) did. What actually happened was I was injured when I was due to be presented and it happened just a couple of days after Messi left."