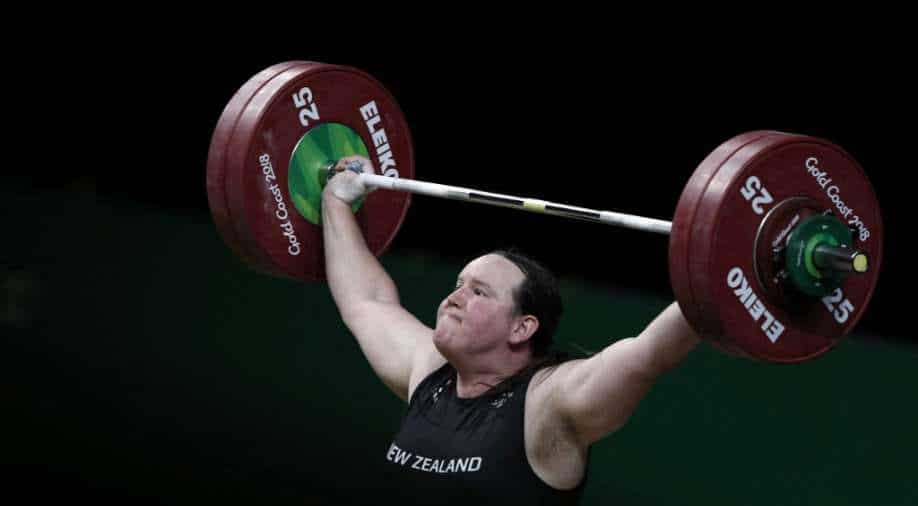 New Zealand weightlifter Laurel Hubbard was selected as the first transgender Olympic athlete Monday after Kiwi officials made a groundbreaking call on "a highly sensitive and complex issue".

New Zealand weightlifter Laurel Hubbard was selected as the first transgender Olympic athlete Monday after Kiwi officials made a groundbreaking call on "a highly sensitive and complex issue".

New Zealand Olympic Committee chief Kereyn Smith said Hubbard, 43 -- who was born male but transitioned to female in her 30s -- met all the qualification criteria for transgender athletes.

"We acknowledge that gender identity in sport is a highly sensitive and complex issue requiring a balance between human rights and fairness on the field of play," Smith said in a statement.

"As the New Zealand team, we have a strong culture of manaaki (caring) and inclusion and respect for all."

Hubbard, who also competed as a male, became eligible to lift as a woman after showing testosterone levels below the threshold required by the International Olympic Committee.

She will contest the women's +87kg category in Tokyo, an event in which she is currently ranked 16th in the world.

Former New Zealand weightlifter Tracey Lambrechs, who was forced to drop a division to make the 2018 Commonwealth Games because Hubbard was selected in her preferred event, said the selection was unfair.

Lambrechs, now retired, said the concerns of female-born weightlifters had been ignored by officials.

"Everyone's just shut up and worried about how they'll be viewed in regards to talking out about transgender athletes," she told Radio New Zealand.

Lambrechs said if Hubbard made the podium in her event then another medal of the same colour should be awarded to the athlete who placed after her.

"Laurel has shown grit and perseverance in her return from a significant injury and overcoming the challenges in building back confidence on the competition platform," he said.

IOC rules state a trans woman can compete provided her testosterone levels are below 10 nanomoles per litre, a criteria Hubbard meets.

But critics say she has numerous physical advantages from growing up male that make her presence in the competition unfair for female-born athletes.

Hubbard, an intensely private person who avoids the media, did not address the gender issue in remarks released by the NZOC.

She thanked the community for supporting her return from injury.

"I am grateful and humbled by the kindness and support that has been given to me by so many New Zealanders... your support, your encouragement, and your aroha (love) carried me through the darkness," she said.

US transgender BMX rider Chelsea Wolfe also has an outside chance of competing at the Games after being named as an alternate in the American team, meaning she will travel to Tokyo but only participate if a teammate is forced to withdraw.

But it is Hubbard who has become an unwitting lightning rod for the sometimes vitriolic discussion on transgender participation in sport.

Donald Trump Jr. had labelled the prospect of Hubbard being selected "ridiculous", while British television presenter Piers Morgan railed against women's rights being "destroyed on the altar of political correctness".

In a rare interview in 2017, Hubbard spoke about learning to block out criticism and "keep on pushing" as an athlete.

"I'm mindful I won't be supported by everyone but I hope that people can keep an open mind and perhaps look at my performance in a broader context," she told stuff.co.nz.