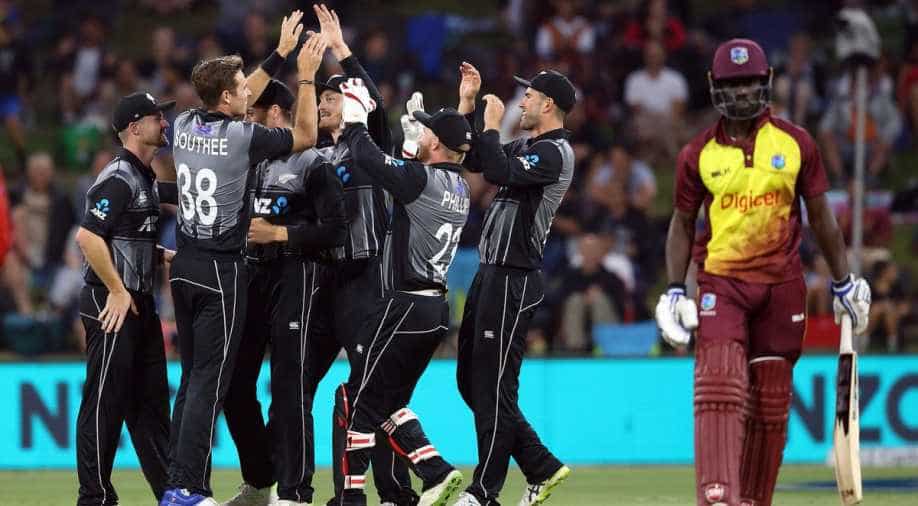 New Zealand beat the West Indies by 119 runs in the third and final Twenty20 in Mount Maunganui on Wednesday to sweep the series.

The West Indies in reply made 124 for nine in 16.3 overs, with Shai Hope injured during the New Zealand innings and unable to bat.

Colin Munro is given the Player of the Match and also the Player of the Series. On which he said "Lucky to get it off the middle today. Guptill has had a long break because of injuries but to come back and play that well was amazing. I was lucky enough to get a good start and when it's your night, it's your night. We've played some good cricket throughout the summer. "

An emphatic victory by New Zealand sees them bowl West Indies out for 124 to win the 3rd #NZvWI T20I by 119 runs and win the series 2-0.https://t.co/eZWzcoucPO pic.twitter.com/ICu5Is6FsS

Windies captain Brathwaite said "We didn't execute well. Munro had a fantastic couple of months. We conceded 230 odd [sic] and lost a few early wickets. Disappointed with the performance. We had a few plans for Munro but he got past the ones we executed and some of it we didn't execute that well. New Zealand is a very very good team and they've been together for a while. Credit must go to them."

New Zealand moved ahead of India after winning the first T20I by 47 runs and then leapfrogged Pakistan into the number-one position after clinching the third T20I by 119 runs.

BREAKING: New Zealand are back on top of the MRF Tyres ICC T20I Rankings after their series victory over West Indies: https://t.co/ZIX664g2Ba #NZvWI pic.twitter.com/QcZROBMRNM