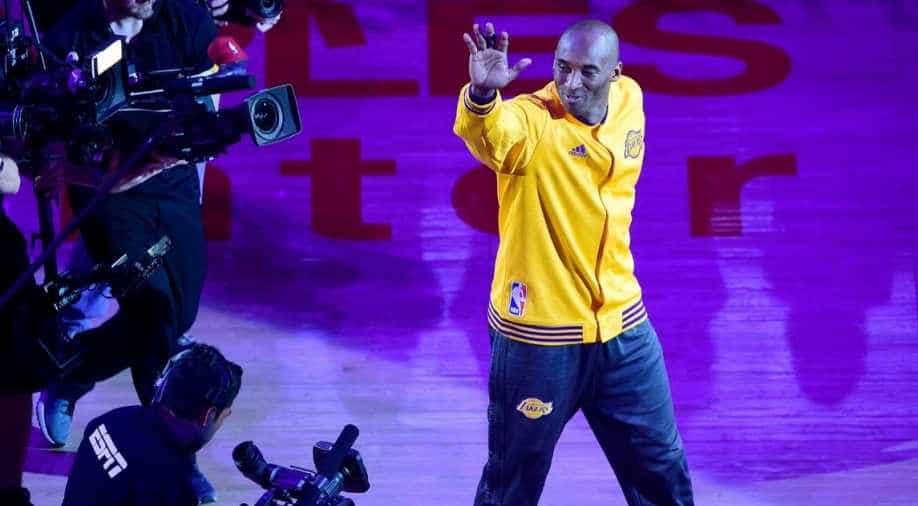 The winner of the auction got the towel at $33,077 and also two used tickets of Kobe's farewell match, where he scored 60 points against Utahs.

Kobe Bryant's towel that he wore over his shoulder during his farewell speech in the last match of his prolific career in Lakers in NBA was auctioned at $33,000 at an auction.

After Bryant closed his speech with his signature "Mamba Out", he handed the towel to one of his fans in the stands. The towel was sold several times until it was auctioned online.

The winner of the auction got the towel at $33,077 and also two used tickets of Kobe's farewell match, where he scored 60 points against Utahs.

“He is a devoted Lakers fan,” Woolf said. “His long-term plan is to create a museum in southern California.”

Former NBA legend Kobe Bryant was killed in a helicopter crash in Los Angeles, California in January. The tragic event killed all nine onboard including his 13-year-old daughter Gianna Bryant.

He was considered one of the greatest basketball players of all time. He led his team Lakers to 5 NBA titles. The American is the fourth in the list of all-time scoring list in NBA history. He was recently succeeded by his team's LeBron James. Kobe Bryant was well known as 'The Black Mamba', he was an 18-time All-Star player. He was the 'Most Valuable Player' in the year 2008. He scored 33,643 points in his career in NBA.