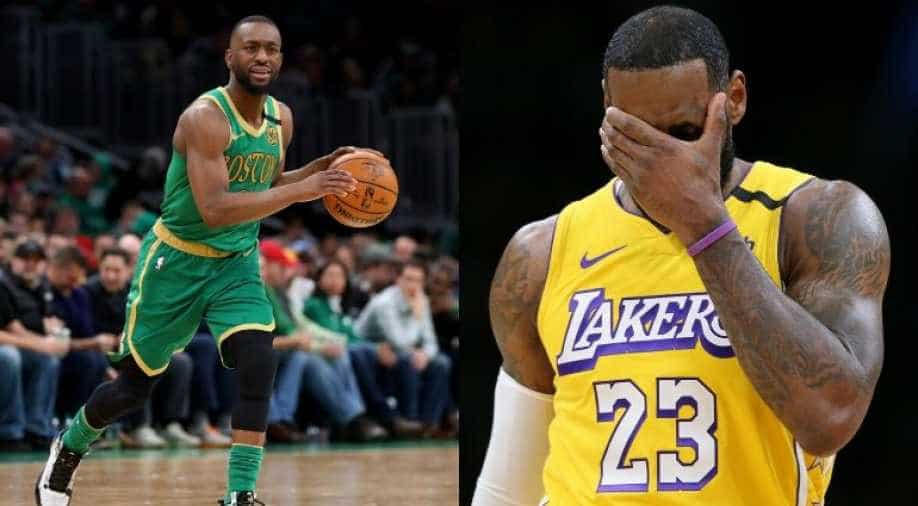 Lakers were beaten 139-107 by Bostons. Boston managed to end their losing streak despite Anthony Davis returning.

Lakers were beaten 139-107 by Bostons. Boston managed to end their losing streak despite Anthony Davis returning.

Celtic's Jayson Tatum scored the most for Celtics (27 points), followed by Kemba Walker who scored 20 points. Enes Kanter was third with 18 points. 11 rebounds came off the bench.

The Celtics had lost six of their past eight games, they had lost the last three consecutive matches before facing LA Lakers.

LeBron James was great with his passing game, he got 18 assists. But he was latent as a shooter as the 35-year-old just attempted 12 shots in three quarters. He just scored 15 points for Lakers.

Jayson Tatum was in-form with his offensive gameplay. He scored 27 points with just 18 shots. Out of his 8 attempts for the 3 pointers, 5 of them were successful.

It looked like LeBron James had different plans for the game. He started off with his passing game, he at the moment leads in assists tally in NBA with 10.9 assists per game.

He is right now 66 points away from Lakers Legend Kobe Bryant for third place in the NBA's all-time scoring list.