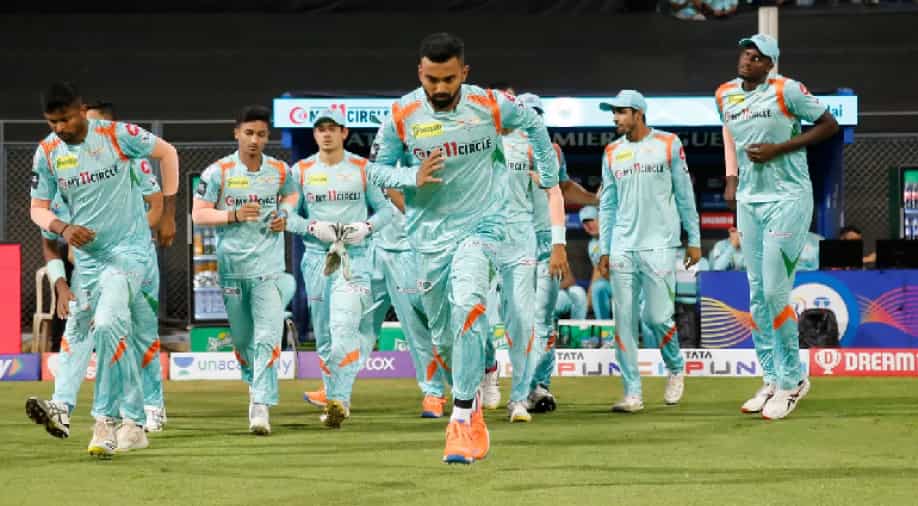 Rohit Sharma-led Mumbai Indians will be looking to open their account with their first win of the season when they lock horns with KL Rahul-led Lucknow Super Giants in IPL 2022 on Saturday. Here is all you need to know about the blockbuster clash.

Mumbai Indians (MI) will be desperately looking to bag their first win of the season when they take on Lucknow Super Giants (LSG) in the ongoing Indian Premier League (IPL) 2022 on Saturday. MI have so far faced five straight defeats in their first five matches of the season and are on the brink of early elimination as they aim to bounce back to winning ways.

Mumbai Indians came close to chasing down the target of 199 runs in their last game against Punjab Kings but failed to get over the line as faltering at crucial junctures cost them the game. While their bowlers were taken to the cleaners by Punjab batters, the likes of Dewald Brevis, Tilak Varma and Suryakumar Yadav kept them in the game during the run-chase.

Mumbai Indians' bowling has been their biggest concern this season as the lack of a quality partner for Jasprit Bumrah has cost them dearly. Their batting has also been below-par barring a few positives. Lucknow Super Giants, on the other hand, have managed three wins in five games so far this season.

The KL Rahul-led side lost against Rajasthan Royals by just three runs in their last game as skipper KL Rahul was sent back on a duck, and the likes of Jason Holder, K Gowtham and Ayush Badoni also disappointed with the bat. Both Mumbai Indians and Lucknow Super Giants will be looking to return to winning ways when they take on each other at the Brabourne Stadium on Saturday.

Here is all you need to know about Mumbai Indians vs Lucknow Super Giants clash in IPL 2022:

The Lucknow Super Giants will be facing five-time champions Mumbai Indians for the first time in their debut campaign in the ongoing IPL 2022.

Mumbai Indians' five-match losing streak is their longest at the start of a season and they are now on the brink of joining Delhi Capitals and RCB, who have lost six matches each at the start of the season - the most by any teams in the history of IPL.