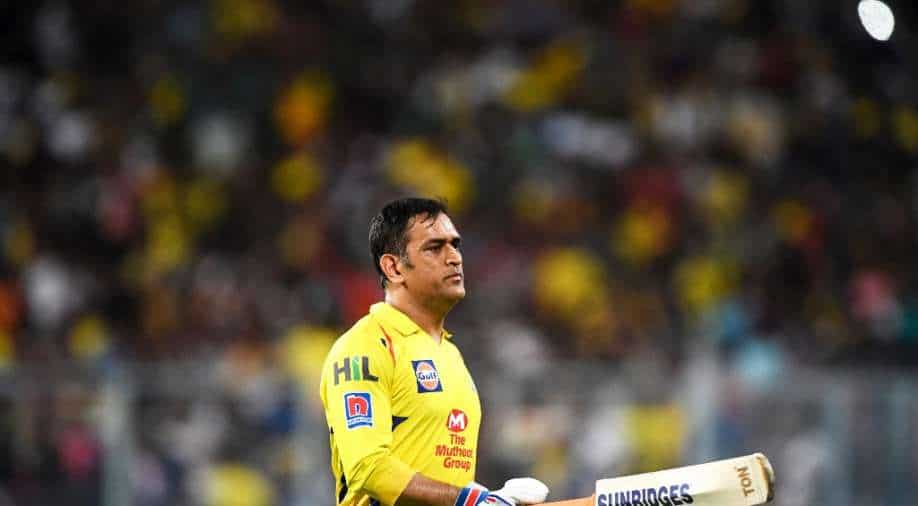 My first six balls could have cost us in another match, says CSK's MS Dhoni after slow knock vs RR Photograph:( AFP )

Chennai Super Kings (CSK) captain MS Dhoni has been fined INR 12 lakh after his team maintained a slow over-rate during their Indian Premier League (IPL) 2021 match against Delhi Capitals at the Wankhede Stadium in Mumbai on Saturday.

Chennai Super Kings (CSK) captain MS Dhoni has been fined INR 12 lakh after his team maintained a slow over-rate during their Indian Premier League (IPL) 2021 match against Delhi Capitals at the Wankhede Stadium in Mumbai on Saturday.

As it was CSK’s first offence in IPL 2021 under IPL’s Code of Conduct relating to minimum over-rate offences, Dhoni was fined INR 12 lakh.

“Chennai Super Kings captain MS Dhoni has been fined after his team maintained a slow over-rate during their VIVO Indian Premier League (IPL) 2021 match against Delhi Capitals at Wankhede Stadium, Mumbai on April 10,” IPL said in a statement.

“As it was his team’s first offence of the season under the IPL’s Code of Conduct relating to minimum over-rate offences, Mr Dhoni was fined Rs 12 lakh,” it added.

Earlier, Suresh Raina scored a brilliant half-century in his comeback game in IPL before Sam Curran’s blistering knock helped CSK reach 188/7 in 20 overs. However, Delhi Capitals openers Prithvi Shaw and Shikhar Dhawan took the game away from the Dhoni-led outfit before Rishabh Pant finished it off to start their IPL 2021 campaign with a win.

After the game, Dhoni said that "a lot depended on dew" before praising his side's batsmen for taking the team's score to 188.

"A lot depended on dew, and that factor played on our mind from the start and that's why we wanted to get as many runs as possible. The batters did a good job to reach 188 because it was tacky until dew settled in 50 minutes later. We could have bowled slightly better, and if batters are hitting you over the fields, that's fair enough," Dhoni told hosts broadcasters Star Sports after the match.

"The execution of the bowlers was poor and there were boundary balls that they bowled, but the bowlers will have learned and they will apply that in the future games. The opposition has half an hour in a 7:30 start when the pitch is really tacky and the ball stops a bit, so we need to get 15-20 runs extra to be safe. If we get dew consistently, then 200 will be a must on a pitch like this. Their (Delhi) bowlers bowled a great line when it was stopping and seaming a bit, and the openers got really good balls in which they got out and that can happen in a game like this," he added.