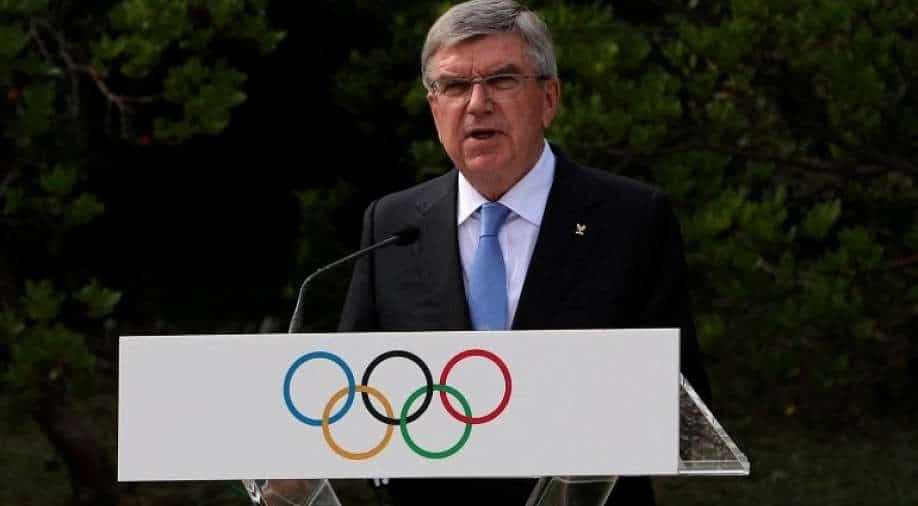 United States, Britain and Australia are among countries that recently announced a diplomatic boycott of the Feb. 4-20 Beijing Games over China's human rights record.

A majority of governments from the 90 countries participating in the 2022 Beijing winter Olympics have not opted to join a diplomatic boycott of the Games, International Olympic Committee (IOC) President Thomas Bach said.

The United States, Britain and Australia are among countries that recently announced a diplomatic boycott of the Feb. 4-20 Beijing Games over China's human rights record, a stand that China dismissed as "political posturing".

In the European Union, countries such as France have sought a common EU response but the bloc is torn over whether to join the diplomatic boycott, fearful of Chinese retaliation that would hurt trade.

"There are countries like the United States, Britain and Australia who took that decision," Bach told German broadcaster ZDF late on Tuesday.

"Several other countries, and not only several, if we say there will be 90 National Olympic Committees (NOC) present at the Games, there are most likely more than 70 or even more than 80 NOCs whose governments have not made such statements."

"But they all have one thing in common and that is they support their Olympic teams ... so that their athletes can live their Olympic dreams," Bach said.

Rights groups have long criticised the IOC for awarding the Games to China for a second time, after human rights conditions following the 2008 Beijing summer Olympics failed to improve, according to the groups.

Last week, Tibetan students chained themselves to the Olympic rings outside the IOC's Swiss headquarters in Lausanne, calling for an international Games boycott.

"What happened in between those years politically is not in our sphere of influence," said Bach, a German lawyer who won gold in fencing at the 1976 Olympics.

"You cannot blame the IOC and make it responsible for something a generation or two of politicians did not succeed in."

"We are responsible for the Olympic Games," Bach said. "Expectations that the Games can change the political system of a country are exaggerated."