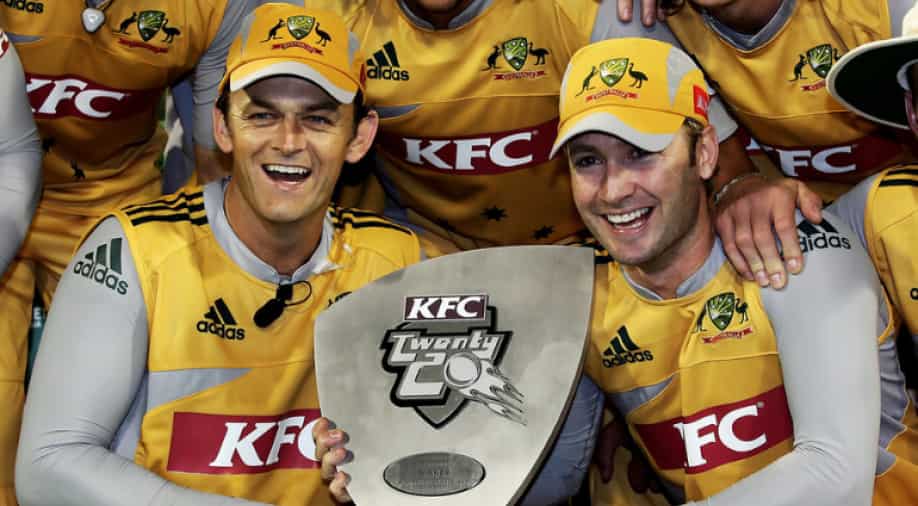 Former Australia skipper Michael Clarke has brought up that he isn't astounded to discover that more than three individuals may have been involved in the ball-tampering plot and the previous Australia wicketkeeper-batsman Adam Gilchrist has said Cricket Australia needed to do a more thorough investigation into sandpaper gate scandal.

Former Australia skipper Michael Clarke has brought up that he isn't astounded to discover that more than three individuals may have been involved in the ball-tampering plot and the previous Australia wicketkeeper-batsman Adam Gilchrist has said Cricket Australia needed to do a more thorough investigation into sandpaper gate scandal when it happened and it is due to this reason that the issue will keep on lingering forever.

Michael Clarke said it's certain that three players knew about the incident. The former Australian skipper supported Cameron Bancroft's comments, saying that at the most elevated level of cricket, it is inconceivable for bowlers to not think about the state of their apparatus.

In a conversation with Fox Cricket Michael Clarke said:

“They’ve got to hold the ball to bowl with it. I can tell you now if you went and grabbed a pen, just a pen and put a little ‘1’ somewhere on my cricket bat; on top of the handle, on the edge of the bat, on the toe of the bat, on the face, under the grip, anywhere, just a little number one, I would have noticed. If you are playing sport at the highest level you know your tools that good it’s not funny. Can you imagine that ball being thrown back to the bowler and the bowler not knowing about it? Please” – he said.

Adam Gilchrist thinks the scandalous ball-altering adventure will canine Australian cricket for quite a long time to come, with new names surfacing sometimes. Responding to Cameron Bancroft's disclosure, Adam Gilchrist said more individuals like him have information on the plot and are trusting that the correct time will 'pull the trigger'.

Cameron Bancroft, who was caught with the sandpaper hinted in an interview that it was 'obvious' that more players were aware of the plot. This has put the focus on the bowling department - Pat Cummins, Mitchell Starc, Josh Hazlewood, and Nathan Lyon - who asserted in any case at the hour of the incident.

“It will linger forever, whether it is someone’s book or an ad hoc interview. Eventually, I think names will be named. I think there are some people who have it stored away and are ready to pull the trigger when the time is right. I think Cricket Australia is responsible for why this will be continually asked...They went there and did this very quick review of that isolated incident and perhaps no one in the team knew" - he said.

Adam Gilchrist additionally added that it would be guileless to believe that lone Steve Smith, David Warner, and Cameron Bancroft knew about the circumstance. He added that Cricket Australia made it resemble a separate occurrence without testing if the ball-tampering was 'systematically' escorting Australian cricket.

"Anyone would be naive to think people were not aware of what was going on about ball maintenance. I don’t think Cricket Australia wanted to go there. They did not want to go any deeper than that superficial example of ball-tampering. They did not investigate to see whether it was systemic had it been going on and on and on. Around the cricketing globe, it was widely accepted a lot of teams were doing it’’ - he added.

Cricket Australia has implied that it's available to reinvestigate the issue on the off chance that anybody has 'new information. It stays not yet clear what sway Adam Gilchrist and Michael Clarke's remarks will have on such a stage.