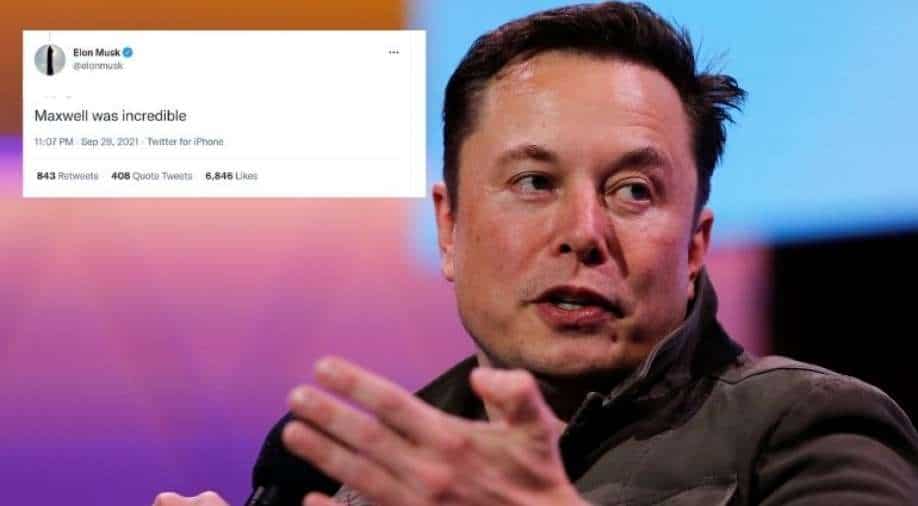 Many Indian cricket fans assumed that Elon Musk has appreciated the cricketer, and rightly so as the IPL fever is high with the second leg of the 14th edition of cash-rich league underway in UAE.

Tech billionaire Elon Musk's one of the latest tweets has left the Indian cricket fans confused as he wrote "Maxwell was incredible" just moments after Virat Kohli-led Royal Challengers Bangalore registered a comprehensive seven-wicket victory over Rajasthan Royals in the Indian Premier League 2021 on Wednesday (September 29).

During the match, Maxwell hit his second successive half-century to fire RCB to a convincing win. The Australian batting all-rounder made an unbeaten 50 off 30 deliveries as Bangalore chased down their victory target of 150 in 17.1 overs.

However, Musk's tweet — "Maxwell was incredible" — was not meant for the Australian batter as it was a response to an article on scientist James Clerk Maxwell.

But many Indian cricket fans assumed that Elon Musk has appreciated the cricketer, and rightly so as the IPL fever is high with the second leg of the 14th edition of cash-rich league underway in UAE.

One of the Twitter users commented, "Yes sir. We all just saw the RCB match too." "So the richest person also looks interested In cricket!" another chimed in. One user even went on to say, "AB is better." 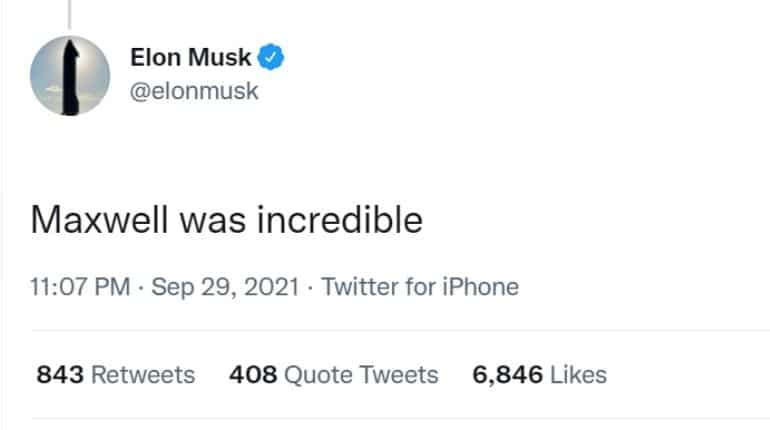 Who was James Clerk Maxwell?

So, it is clear that Tesla owner Elon Musk didn't compliment the cricketer, his tweet was actually for James Clerk Maxwell, who was a Scottish mathematician and scientist responsible for the classical theory of electromagnetic radiation describing electricity, magnetism and light as different manifestations of the same phenomenon for the first time.

According to Space.com, the scientist's insights took the form of 20 interconnected equations, which, a few years later, were reduced to four equations of electromagnetism that are still taught to scientists and engineers today.

His revolution followed Isaac Newton's first unification of physics, in which Earth's gravity was joined with the gravity of the heavens under a single law, and Maxwell's equations became known as the second great unification in physics.