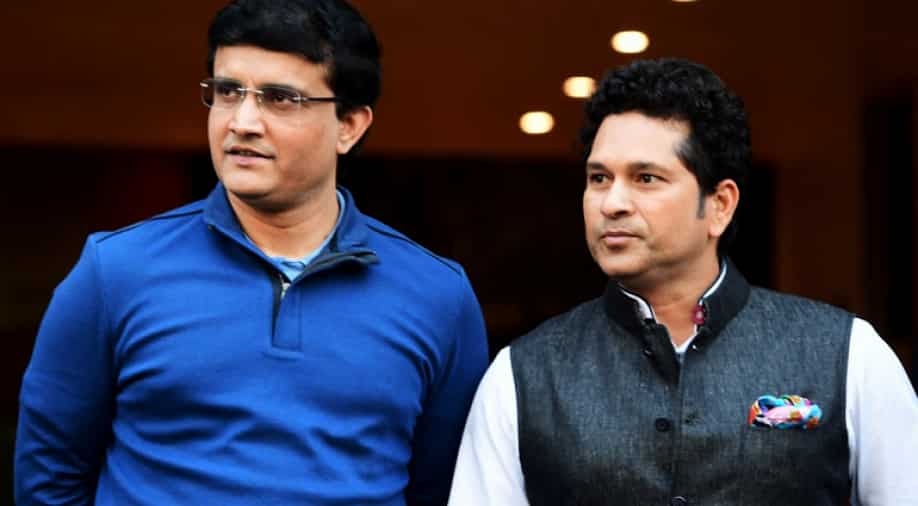 Sourav Ganguly has hinted at Sachin Tendulkar's involvement in Indian cricket in the future. Photograph:( AFP )

BCCI president Sourav Ganguly has hinted at Master Blaster Sachin Tendulkar taking up a new role in Indian cricket in the future.

While the likes of Anil Kumble and Ravi Shastri served as head coach of the side, the legendary MS Dhoni was part of the backroom staff as the Indian team's mentor for the T20 World Cup 2021.

Another Indian great Rahul Dravid is currently the head coach of the Indian team while VVS Laxman has taken over the new Director of Cricket at the National Cricket Academy (NCA) in Bengaluru. BCCI president Ganguly has now hinted at the inclusion of none other than batting legend Sachin Tendulkar in an official role in Indian cricket.

While several stalwarts of the bygone era have served Indian cricket in some role or the other, Tendulkar has never returned to the Indian dressing room after retiring from international cricket. Ganguly recently opened up on Tendulkar's inclusion in Indian cricket is not that far away but 'conflict of interest' remains a big hurdle in making it happen.

"Sachin is obviously a bit different. He doesn't want to be involved in all this. I'm sure with Sachin's involvement in Indian cricket in some way, it can't be a better news than that. In what way that obviously needs to be worked out,' Ganguly said on the show Backstage with Boria.

"Because there is too much of conflict all around. Rightly or wrongly, anything and everything you do you have the word 'conflict' keeps jumping out of the window, some of which I find really really unrealistic. So you have to see the best way to keep the best talent involved in the game. And at some stage Sachin will also find a way to be involved in Indian cricket," he added.

Tendulkar serves as a mentor for Mumbai Indians in the Indian Premier League (IPL) which arises the issue of conflict of interest as far as his return to the Indian dressing room is concerned. He might have to give up the role to work with the Indian team in the future.