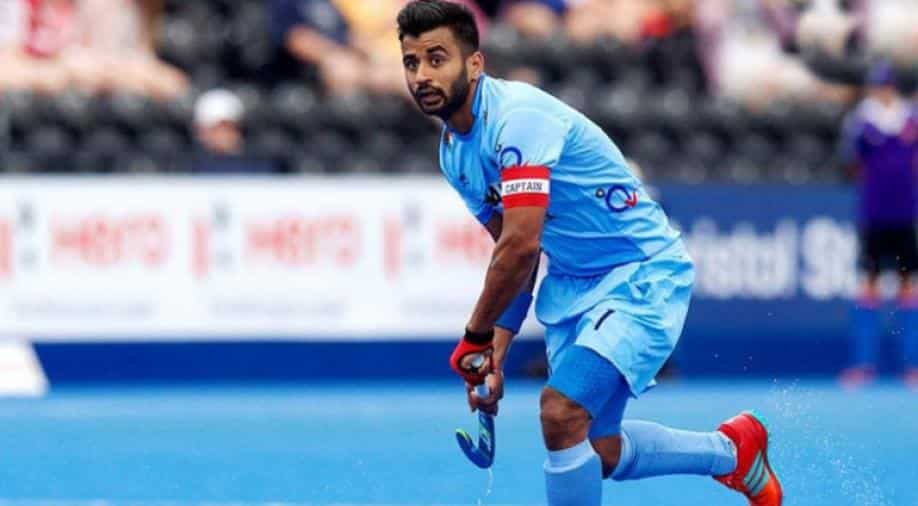 As per the media reports, Hockey India official 'yelled at' the Indian players for entering the VIP lounge of the Kalinga Stadium.

India hockey team captain Manpreet Singh has replied to an incident that embarrassed the World Cup organisers ahead of their crucial quarter-final clash against Netherlands.

Indian team players including captain Manpreet Singh were accused of entering the VIP lounge of the Kalinga Stadium during the match between Netherlands and Canada.

As per the media reports, Hockey India official 'yelled at' the Indian players for entering the restricted zone.

As per the protocol of the tournament, the players were not entitled to be present at the VIP lounge. But on the request of a few near and dear ones, Manpreet and a few players entered the area and was busy in signing autographs and clicking pictures with their fans.

Goalkeeper @16Sreejesh says his experience dictates that the team should not dwell on past setbacks, but instead look forward and continue to perform as they have at the OHMWC Bhubaneswar 2018.#IndiaKaGame #HWC2018 #DilHockey pic.twitter.com/beFtFmXSRe

Supporters and fans took to Twitter and other social media forums to express anger. They criticised the treatment of players by the officials.

When asked India captain Manpreet about the episode, he said: "It was our own mistake that we went to the restricted area without our knowledge. It is not that we were taken there forcibly by someone. Anyways, when we realised our mistake we just came out."

Manpreet further added, "These are minor episodes which will have no effect on our performance against Netherlands tomorrow."

World number five India are set to take on Netherlands in the last quarter-final on Thursday.

India has never defeated Netherlands in the history of the World Cup, but the players and coach Harendra Singh refused to dwell on the past.