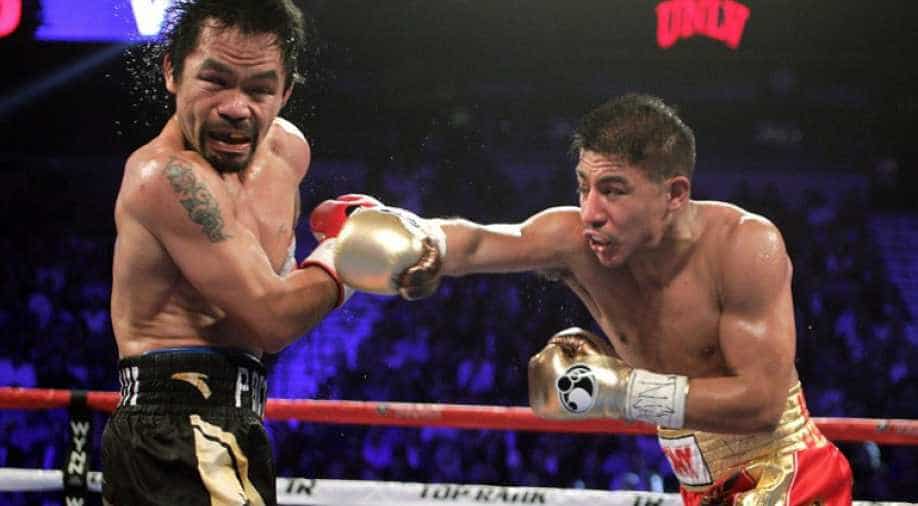 Pacquiao, who had a brief retirement, showed quickly that he had not lost his skills, knocking Vargas down in the second round with a straight left to the champion's face. Photograph:( AFP )

Manny Pacquiao put on a dazzling display in his return to the ring after a brief retirement, scoring a unanimous decision over champion Jessie Vargas to claim the WBO welterweight title in Las Vegas on Saturday.

Despite giving away 10 years to his opponent, the 37-year-old Pacquiao fought with more intensity and energy and dominated the American in the final rounds to close out an emphatic victory.

It was a master class taught by the first sitting Senator to win a world boxing championship as Pacquiao temporarily left the ring to win the election in the Philippines and serve in office before making a return to what he called his "passion".

Pacquiao, whose last previous bout was a unanimous decision over Timothy Bradley in April, showed quickly that he had not lost his skills, knocking Vargas down in the second round with a straight left to the champion's face.

Vargas battled back and landed his dangerous right several times but Pacquiao withstood the punishment and by the end of the bout, the American's face was swollen on one side and he had a cut over his right eyebrow.