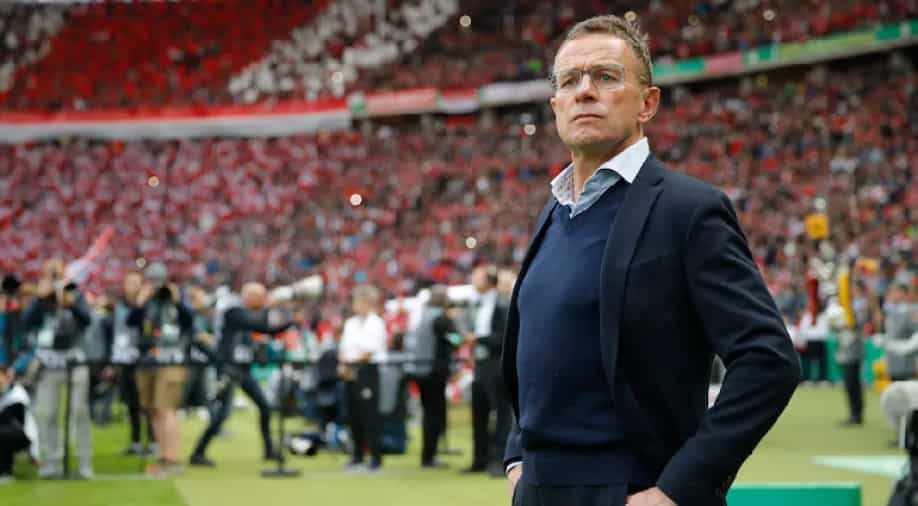 Ralf Rangnick has been appointed as the new interim manager of Manchester United. Photograph:( AFP )

Manchester United have announced the appointment of Ralf Rangnick as the new interim manager of the club for the remainder of the season. United had sacked club legend Ole Gunnar Solskjaer as the manager earlier this month following a string of poor results in the English Premier League.

Rangnick has left his role as the manager of sports and development at Lokomotiv Moscow to join United as an interim manager. He will continue to remain at Manchester United in a consultancy role for a further two years after the conclusion of the ongoing season.

Rangnick is a well-respected figure in German football and is credited to have played a massive role in the rise of the likes of Schalke and RB Leipzig in the Bundesliga. He had begin his coaching career in 1983, at the age of 25 and has since managed a host of clubs in Germany.

He was one of the favourites of the United board for the position of interim manager and has been backed by the club hierarchy to change their fortunes this season after a shaky start to their campaign in the Premier League. United's 1-1 draw against Chelsea on Sunday means they are currently placed 8th on the points table with 18 points from 13 matches.

“Ralf is one of the most respected coaches and innovators in European football. He was our number one candidate for interim manager, reflecting the invaluable leadership and technical skills he will bring from almost four decades of experience in management and coaching," said United's Football Director John Murtogh.

Former Manchester United midfielder Michael Carrick, who was the part of Solskjaer's coaching group, was in charge of United's last two games, leading them to a win and a draw against Villarreal and Chelsea in the Champions League and the Premier League respectively.

Carrick is expected to remain in charge when Manchester United face Arsenal in the Premier League on Friday as Rangnick's work visa is yet to be finalised. The German will be on the sidelines for United's home game against Crystal Palace on Sunday (December 05).