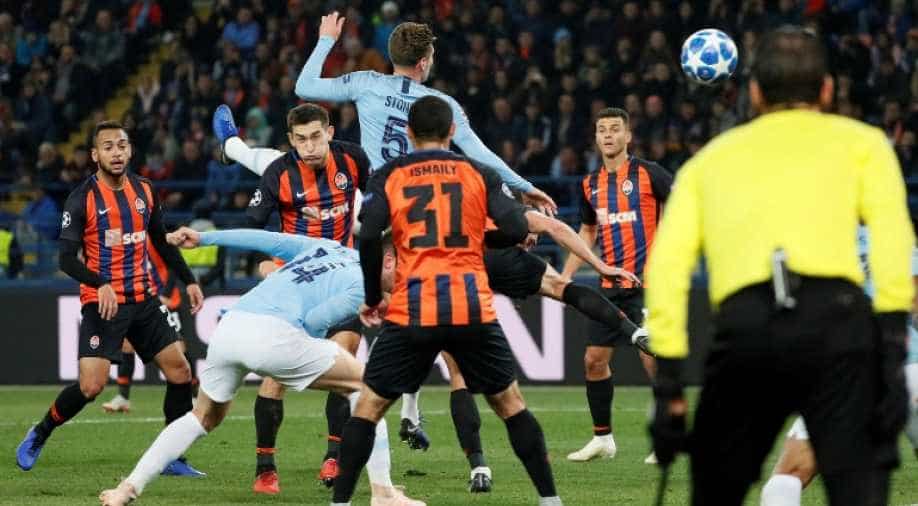 Manchester City manager Pep Guardiola has hailed his team's performance in the first 45 minutes of their 3-0 win over Shakhtar Donetsk in the Champions League as the best footballthey have played during his reign at the club.

City, who false-started in the campaign with a defeat at home to Olympique Lyonnais, strolled to a convincing victory at the Metalist Stadium with first-half goals from David Silva and Aymeric Laporte.

Substitute Bernardo Silva added a third in the second half.

"Our first half was the best first-half performance we have played in the last three seasons," Guardiola, who joined City at the start of the 2016-17 campaign, told reporters.

"We created a lot of chances and didn't concede any until the last few minutes.

"We were under a lot of pressure after the defeat by Lyon but now we are in a good position. We can control our destiny now."

The victory meant the Premier League champions moved to the top of Group F standings with six points, a point ahead of Lyon.