Lionel Messi's journey from jersey no. 19 to 10 in FC Barcelona 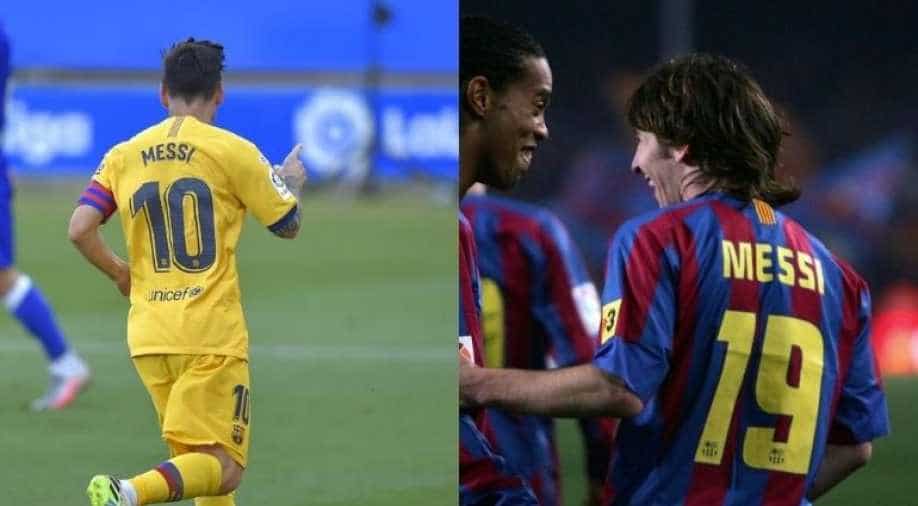 Lionel Messi's journey from jersey no. 19 to 10 in FC Barcelona Photograph:( AFP )

Lionel Messi has always been vocal about his predecessor Ronaldinho and thanked him for guiding in on transitioning into the senior side.

Lionel Messi has been a star in Barcelona for more than a decade. The Argentine has donned the iconic No. 10 jersey under the colours of Blaugrana.

When Messi began his first-team career at Barcelona. He scored his first senior goal for the club wearing the No.30. The player soon switched to No.19 after establishing himself as a regular in the side.

In pics: Stay or go? Messi in legal tangle with Barcelona over leaving club

Lionel Messi succeeded his former team-mate Ronaldinho and inherited the No.10 shirt after the Brazilian left the club at the end of the 2007-08 season.

Lionel Messi has always been vocal about his predecessor Ronaldinho and thanked him for guiding in on transitioning into the senior side. 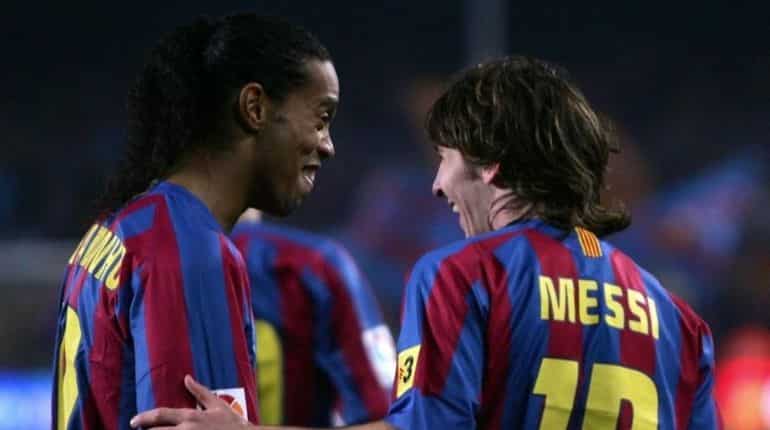 “He (Ronaldinho) was a great help,” Messi told the Barcelona official website in 2013. “It’s never easy to go into a changing room at the age of 16, especially with my character.

In pics: What's next for Lionel Messi? A record breaking career in pictures

"Before leaving the club (Ronaldinho) was coming off a few months where he was thinking about things.

"He had it in his mind that he was leaving and he told me to have his number. I took it without looking at what he had done with the shirt. If I did, I would not have taken it."

Brazilian legend Ronaldinho said that the club should not allow any player to wear the number if Messi leaves the club.

In pics: Lionel Messi's next team: Clubs who can really afford to sign the Argentine

"When Messi retires, which I hope will be a long time from now, they should leave the No.10 there so that nobody can touch it again," he told the Sun in 2018.