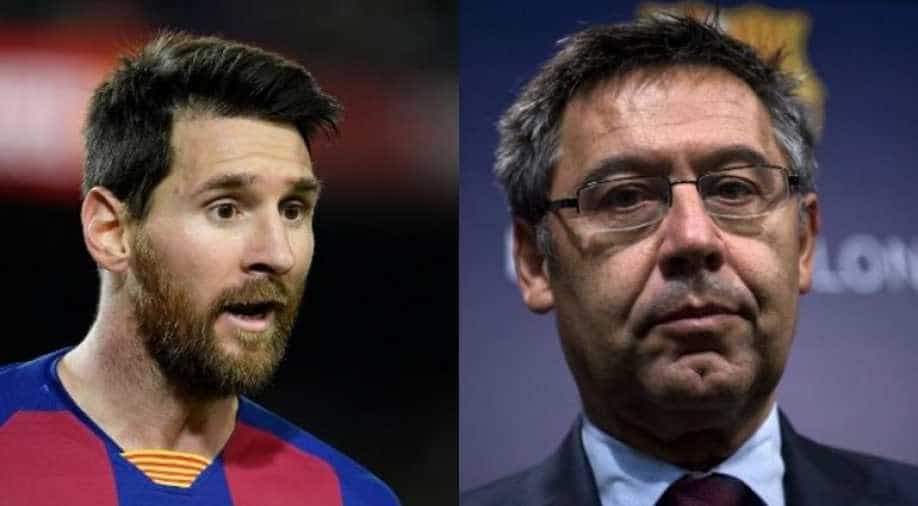 Barcelona issued a statement denying these allegations, they admitted hiring I3 Ventures but denied allegations about tarnishing players' image.

Barcelona legend Lionel Messi gave an exclusive interview to Spanish football news agency 'Mundo Deportivo' where he said that things are "strange" in the Catalonian club after the Barcelona's social media scandal.

The social media scandal revolves around reports which were published in Spain this week that claimed that the Catalan side hired a PR company (I3 Ventures)  to create social media accounts that would help boost the reputation of club president Josep Maria Bartomeu while at the same time tarnishing those of a host of figures linked to Barca, including Messi, Gerard Pique, Xavi and former manager Pep Guardiola.

Barcelona issued a statement denying these allegations, they admitted hiring I3 Ventures but denied allegations about tarnishing players' image.

He added that such events are strange, "It's weird that something like this happens, but they also said that there would be evidence. We will have to wait to see if it is true or not. We cannot say much and we will wait to see what happens with all of this. I really thought it was a strange subject."

The six-time Ballon d'Or winner said that he loves Barcelona and would love to stay there for a long time.