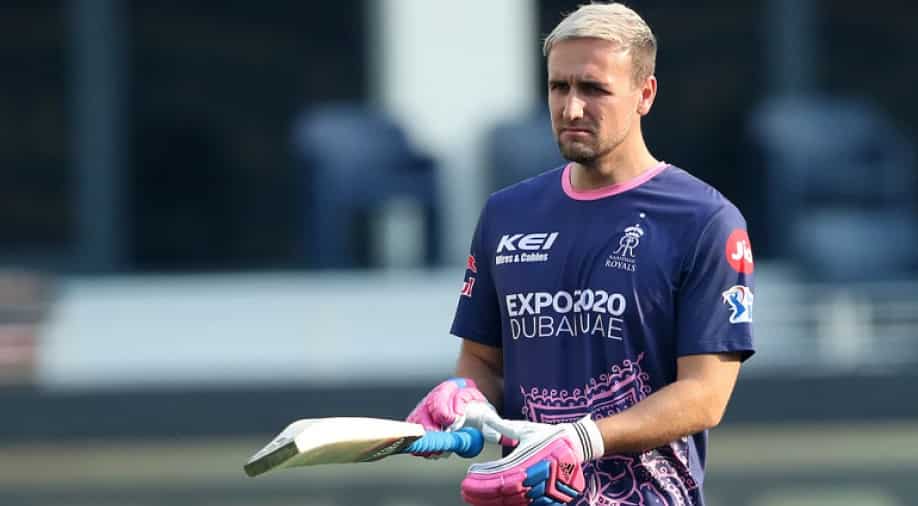 Liam Livingstone turned out to be the costliest overseas buy at IPL 2022 mega auction. | Photo - IPL | Photograph:( Others )

England batter Liam Livingstone turned out to be the most expensive overseas buy at the ongoing Indian Premier League (IPL) 2022 mega auction on Sunday (February 13). Punjab Kings (PBKS) shelled out a whopping Rs 11.50 crore (INR 115 million) to rope in the England star, who is known for his big-hitting ability and can also be a handy leg-spinner.

Livingstone triggered a bidding war between the teams as soon as his name was announced at the mega auction on Sunday. Chennai Super Kings and Kolkata Knight Riders were locked in a battle for the England star before Sunrisers Hyderabad, Gujarat Titans and Punjab Kings joined the bidding war. Punjab eventually managed to get the England star for Rs 11.5 crore.

While social media was full of reactions over the move as many lauded Punjab for roping in the hard-hitting English batter, former India cricketer Sanjay Manjrekar labelled the signing a 'gamble'. Manjrekar pointed out Livingstone's struggles in the IPL last season when he was part of the Rajasthan Royals squad.

Livingstone played five matches for Rajasthan Royals in IPL 2021 and managed to score only 42 runs. He was dropped from the side after a series of disappointing performances before being brought back but failed to showcase his skills and talent in the league.

"Before the auction, I said that one of the best performers in the auction have been Punjab Kings. They have got some significant players, Mayank Agarwal, Shikhar Dhawan and Jonny Bairstow, Harpreet Brar was a great selection. They have retained Arshdeep which is a great decision. They have got Rabada and they have got Rahul Chahar. These are formidable proven IPL talents. They had a lot of money left as they didn't spend a lot on their above-mentioned picks," Manjrekar told Star Sports.

"I still maintain that Liam Livingstone is a gamble, considering his previous IPL experience. Odeon Smith is a story that we have seen many times before. Owners get excited about the talent that they see outside and sometimes it works out and sometimes it doesn't," said Manjrekar on Star Sports.

"I was very gung-ho out Liam Livingstone after seeing him play for England against India. I thought he is some guy who will do good in the IPL, he is good against spin and a good bowler as well. But then he had around 6-7 failures for Rajasthan Royals. He was dropped and then brought back. But he just couldn't get back to form.

"That I thought will come into play. i always believe in backing proven materials. He had struggled in the IPL last year. I was a little surprised by the optimism that a lot of teams had for Liam Livingstone. IPL is a unique tournament, the pressure is high and the performances in the other parts of the world don't have a lot of bearing on the buys," he added.