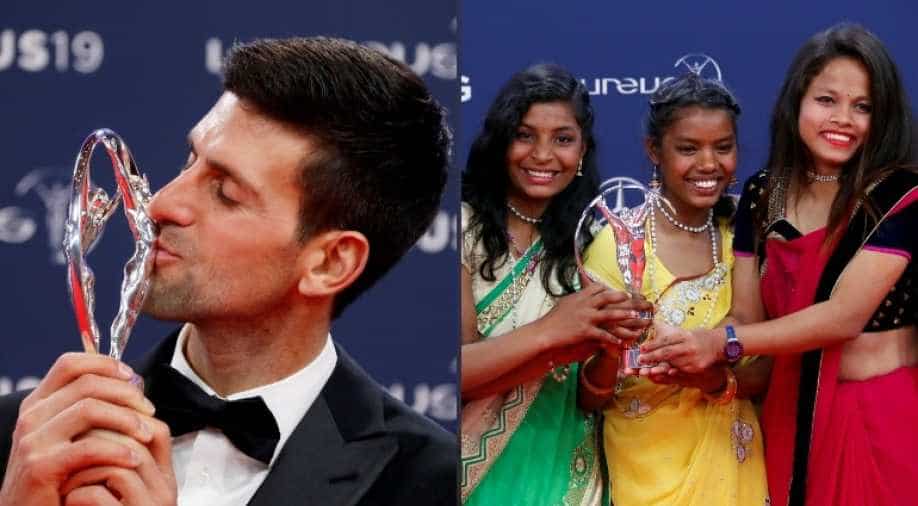 Djokovic, who 12 months ago had elbow surgery, won Wimbledon and the US Open in 2018, before lifting this year's Australian Open crown

World number one tennis player Novak Djokovic crowned a winning return to the courts after surgery with the Laureus sportsman of the year award on Monday, while American gymnast Simone Biles won the sportswoman of the year prize.

Serbian Djokovic, who 12 months ago had elbow surgery, won Wimbledon and the US Open in 2018, before lifting this year's Australian Open crown, to add to his tally of Grand Slam singles titles and reclaim top spot in the rankings.

With his record seventh crown at Melbourne Park, Djokovic moved ahead of Pete Sampras into third on the men's all-time list of Grand Slam title winners (15), just two behind Rafa Nadal. Roger Federer is still out in front with 20.

"I did think about leaving tennis," Djokovic said on Monday. "I did not find myself in a good balance. It took me several months to find that purpose and meaning again. This award reflects and symbolises this journey.

"Reflecting on the journey it seems like a fairytale story."

With 20 overall medals at the worlds, Biles, who has also won four Olympic golds, tied Russia's Svetlana Khorkina for the most by a female gymnast in world championships competition. Her all-around world title was her fourth, also a record.

The comeback of the year award was handed to US golfer Tiger Woods, who silenced even his harshest critics when he earned what some consider to be one of the greatest victories of his career at last year's Tour Championship season finale.

Woods, who collected the last of his 14 majors at the 2008 US Open, has had plenty of health-related setbacks, having to endure several knee and back surgeries, and his career seemed to be nearing its end in 2017.

Japan's world number one women's tennis player Naomi Osaka, who lifted her first Grand Slam title at the US Open last year, and went on to claim the 2019 Australian Open, won the breakthrough of the year award.