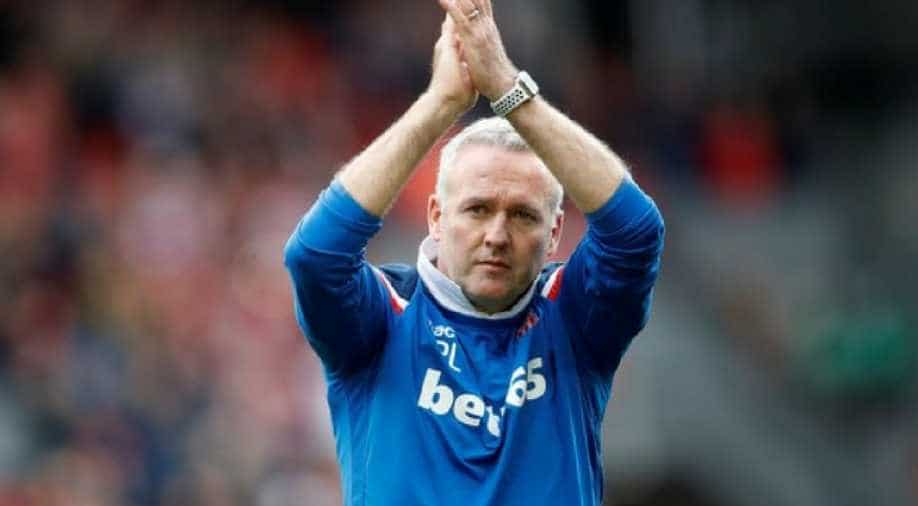 Stoke City manager Paul Lambert is confident his team can handle the pressure of their must-win encounter with Crystal Palace on Saturday as they look to climb out of the Premier League relegation zone.

"I'm still full of belief as I was when I arrived and until it's impossible then I won't stop believing we can stay in this league," Lambert, who arrived at Stoke in January, told Premier League Productions.

"If we can win our two games then we'll have given ourselves a chance and hopefully it will be enough to keep us in the division."

"The players are under the pressure of wanting to win, that never changes and they will deal with that, it's instilled in them, they're professional and know what they need to do."

"I always think Crystal Palace have goals in them, they're a strong side and scoring five last weekend is a big thing to do at this level," Lambert added.

"Wilfried Zaha will be a threat because of the way he plays the game. He's quick and enjoying a run of form at the minute – but he's not the only danger - so obviously we will have to nullify that."