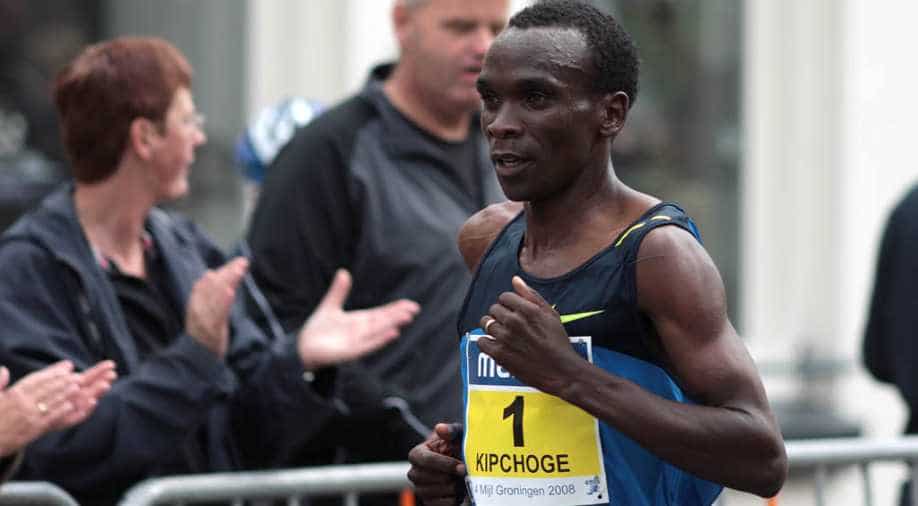 Reigning Olympic marathon champion Eliud Kipchoge from Kenya narrowly failed in his attempt to complete the distance under the mythical two-hour mark, finishing in a time of 2hr 00min 25sec on Saturday.

The time, which smashed the world record of 2hr 02min 57sec set by Dennis Kimetto of Kenya, will not enter the record books largely because of the non-compliant system of pacemaking used in the attempt, made on the Monza National Autodrome racing circuit.

For the entire attempt, Kipchoge ran behind a six-man pacesetting team which trailed a time-keeping vehicle by less than 10 metres.

Despite narrowly missing the mark, Kipchoge said he believed it was possible and that he could make another attempt.

Speaking trackside to Britain's Paula Radcliffe, a former three-time winner of the London marathon, Kipchoge said: "I hope next time... but I can say it's closer (possible) for a human to run under the two-hour mark."

Backed by a small army of scientists put together by sportswear giants Nike, and helped by an ever-changing battalion of pacesetters, Kipchoge set out to complete the classic marathon distance of 26.2 miles (42.195 kilometres) in 1hr 59min 59 sec or faster.

In his pursuit of sporting immortality Kipchoge had to set a ferocious pace of 4min 34sec per mile -- seven seconds quicker than the world record pace set by Kimetto at the 2014 Berlin Marathon.

Requiring the sort of evolutionary leap against the clock that is usually only achieved over decades, Kipchoge started in promising fashion.

Despite being one second over the target time after five kilometres, he was clocked at five seconds under after 10 then 15 km and was still two seconds inside the target at the 25 km mark.

But over the remaining third of the race, which began at 0545 local time (0345 GMT) in slightly humid conditions, Kipchoge steadily began to fall behind pace.