Juergen Klopp looks to Kop to inspire his players in Europe 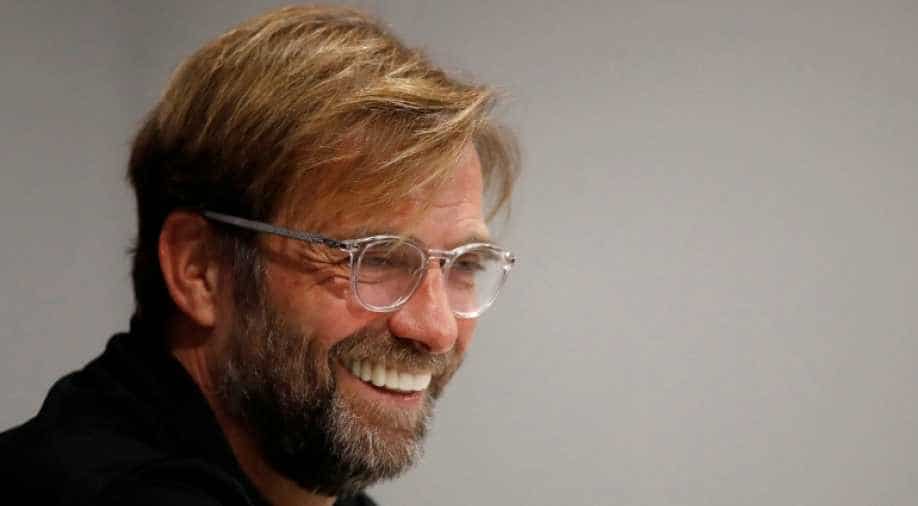 Liverpool manager Juergen Klopp has called on the Anfield crowd to make the difference during his side's Champions League clash at home to Red Star Belgrade on Wednesday.

Liverpool won their opening Group C encounter 3-2 at home to Paris St-Germain but suffered a late away defeat by Napoli in their last match in Europe's elite club competition.

The Merseyside club sit second in the group on three points along with PSG and a point behind Napoli with only the top two teams going through to the knockout stage.

In his news conference on Tuesday, Klopp said the atmosphere at Anfield -- where the fans in the Kop stand are famous for getting behind the team -- could be Liverpool's secret weapon.

Red Star are bottom of the section but held Napoli 0-0 in their opener. Liverpool face the 1991 European Cup winners twice in the next two weeks looking to steal a march on their rivals.

Despite Liverpool's favourites tag in those games, Klopp did not expect an easy task against a club making their first bow in the group stage since going out as holders 26 years ago.

"They are the top team in Serbia and they bring confidence with them. They are used to winningfootball games and we have to make sure they cannot come in that mood," the German said.

"You can see that they live their big dream... this generation has come through (to the group stage) like a miracle and now they want to extend it. That's how I would motivate my boys if it was about that and that's what makes them dangerous."

Liverpool midfielders Jordan Henderson and Naby Keita will not feature in Wednesday's clash due to injury but forward Sadio Mane is available after recovering from surgery on a hand injury picked up on international duty with Senegal.

"Sadio looked good in training in the last two days. So if nothing happens he is in contention," he said.

Captain Henderson came off at halftime in Saturday's Premier League win at Huddersfield Town with a hamstring problem and Keita suffered a similar issue this month on duty with Guinea.