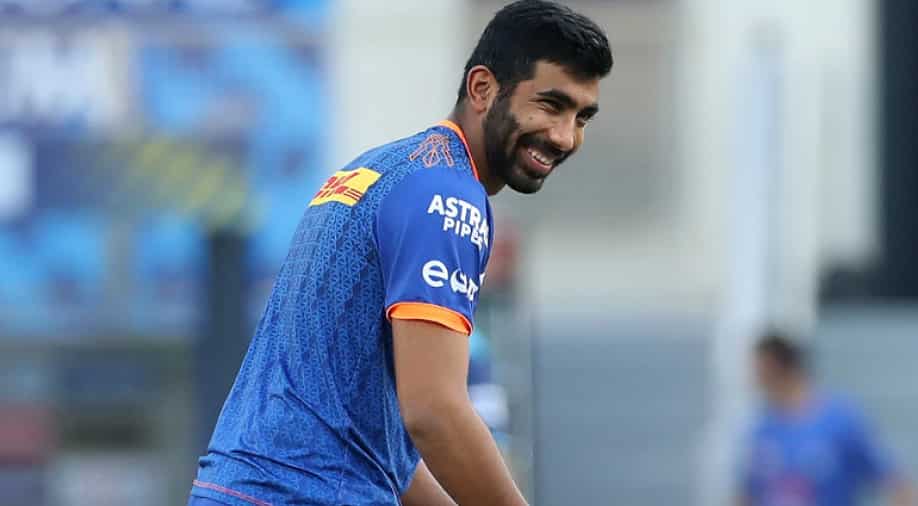 Indian pacer Jasprit Bumrah came up with a cryptic tweet as fast bowlers raked in huge money from franchises at the IPL 2022 mega auction on Saturday.

Fast bowlers had a field day at the Indian Premier League (IPL) 2022 mega auction on Saturday (February 12) as teams spent big on pacers. Several Indian and overseas pacers earned big pay cheques at the mega auction as the franchise looked keen on roping in quality fast bowlers ahead of the new season.

While Deepak Chahar turned out to be the most expensive bowler on day 1 of the mega auction after being roped in by Chennai Super Kings (CSK) for a whopping Rs 14 crore (INR 140 million), the likes of Lockie Ferguson and Prasidh Krishna went for a sum of Rs 10 crore each.

As pacers saw their fortunes rise at the mega auction, Bumrah shared a cryptic tweet seemingly depicting his reaction. The Indian pacer shared two emojis in a tweet which soon went viral on social media.

Bumrah is not part of the ongoing IPL  2022 mega auction as he was retained by his franchise Mumbai Indians. The five-time champions retained Bumrah as their second-choice player after captain Rohit Sharma for a sum of Rs 12 crore (INR 120 million).

Talking about Mumbai Indians' strategy at the IPL mega auction this time around, the five-time champions had a quiet day on Saturday as they made calculated moves. MI went all out and managed to buy back star wicket-keeper batter Ishan Kishan for a whopping Rs 15.25 crore (INR 152.5 million). MI also bought Josh Hazlewood, Dewald Brevis and Basil Thami at the mega auction.