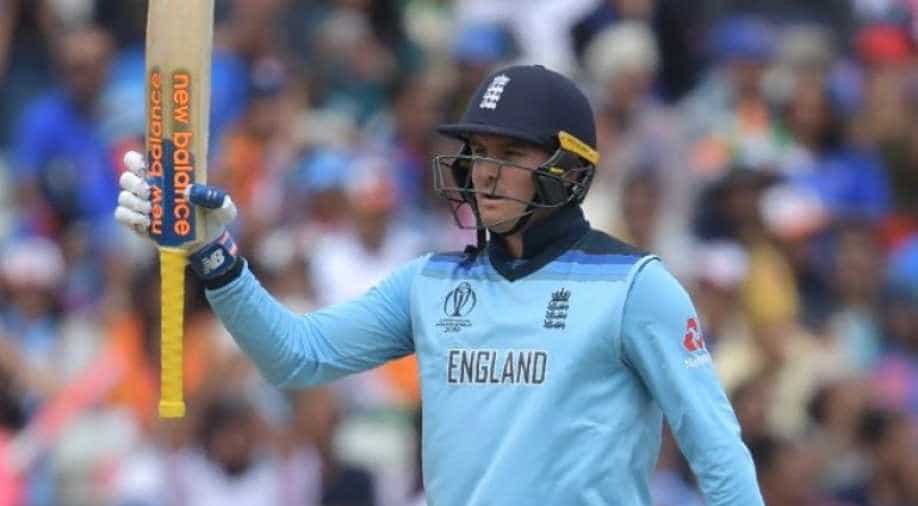 Opening batsman Jason Roy and fast bowler Olly Stone will make their England Test debuts in a one-off match against Ireland starting at Lord's on Wednesday.

Roy is poised to bat at the top of the order with Surrey teammate Rory Burns in a four-day match against Ireland and will have an opportunity to impress the selectors ahead of the Ashes series against Australia starting on Aug. 1.

"It's a very, very new challenge and something I have been excited for and nervous for the last couple of years," Roy told Sky Sports.

"I have been in a good place with my cricket and feel in the best place I can be to succeed. Whether that is the case, I don't know, no one knows.

"The reason I have been so successful in the last couple of years and playing such good cricket at the top of the order is because my defence has been in really good order."

Warwickshire paceman Stone will make his debut having recovered from a back injury that forced him to return home from England's tour of West Indies earlier this year.

The 25-year-old was included in the lineup after the experienced James Anderson failed to recover from a calf injury, which he picked up playing for his county Lancashire against Durham this month.

"He (Anderson) will continue to be assessed ahead of the first Ashes Test at Edgbaston on August 1," the ECB said in a statement on Tuesday.

Anderson, England's leading wicket-taker in Tests, is one of several England bowlers struggling with injury ahead of the five-Test Ashes series against Australia.

Fast bowlers Mark Wood and Jofra Archer, part of the World Cup-winning one-day team, were not available for selection for the Ireland Test because both have suffered side strains.

Wood has been ruled out for four to six weeks, while Archer will have a period of rest before being considered for Ashes selection.

Having been awarded Test status in 2017, Ireland are chasing their first win in the longest format after losses to Pakistan and Afghanistan.