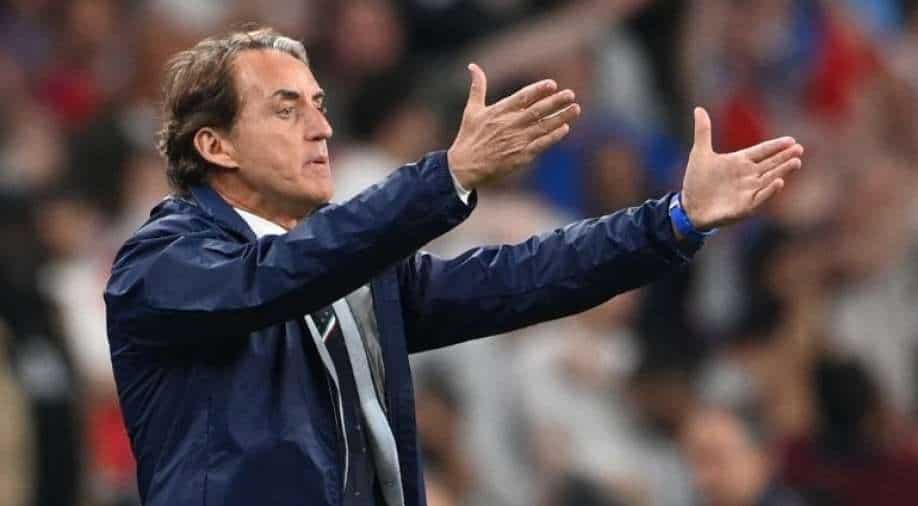 Following their Euro 2020 triumph last month, the Azzurri are unbeaten in 34 competitive games, one match away from equalling the all-time international record held by Spain and Brazil.

Italy coach Roberto Mancini said his European champions can improve even further before the World Cup takes place in Qatar next year.

Following their Euro 2020 triumph last month, the Azzurri are unbeaten in 34 competitive games, one match away from equalling the all-time international record held by Spain and Brazil.

Mancini's side have won all three of their qualifying games for the World Cup.

"We can improve in the 14 months from now until the World Cup," Mancini told a news conference on Monday.

"Nothing has changed. Our life will go on and our work too. We have won the European Championship, we have made ourselves and 60 million Italians happy. This is what made us so proud, the fact that we gave happiness to all these people.

"But there are still five qualifying matches to go and these must be treated with care. We start again against players who have already played in the league for eight or nine matches. The important thing is qualify, then we will have time for the final phase."

Italy and Chelsea midfielder Jorginho, who was instrumental in the Azzurri's success at Euro 2020, was voted UEFA's men's Player of the Year, and Mancini feels the 29-year-old was the right choice.

"He has been doing well for years and this year he has won everything he has played, he deserves it," Mancini added.

Italy play Bulgaria on Sept. 2 at the Stadio Artemio Franchi in Florence. They visit Switzerland in Basel on Sept. 5, before hosting Lithuania on Sept. 8 at the Mapei Stadium in Reggio-Emilia.