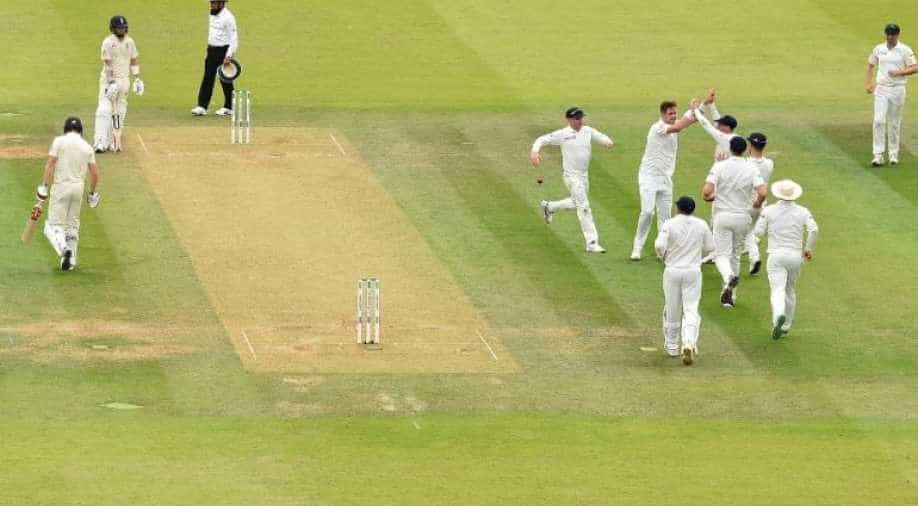 Ireland need 182 to win their one-off Test against England at Lord's on Friday as England, after resuming on their overnight 303 for nine, lost its last wicket on the first ball of the third day's play.

England's second innings ended when debutant Olly Stone was bowled for a duck by a Stuart Thompson inswinger that knocked over his leg stump.

Ireland now have two days in which to get the runs they require, with the match scheduled for four days rather than the standard five.

On day one, Ireland produced a stunning performance as they bowled England out for just 85 in the first innings and in reply to that, Ireland made 207.

In their second innings, England suffered another worrying batting collapse but scored a fighting 303, thanks to nightwatchman Jack Leach's 92 and Test debutant Jason Roy's 72.

At the time of filing this update, Ireland's second innings was stopped due to rain after just seven balls being bowled.

What a start to the day!

Stuart Thompson bowls Olly Stone with the first ball of day three and England are bowled out.

Ireland will need 182 to secure their first ever victory in Test cricket. #ENGvIRE pic.twitter.com/Whww6PbEhm

This is only Ireland's third Test match and victory at Lord's would give them their first win in the format following defeats by Pakistan and Afghanistan.