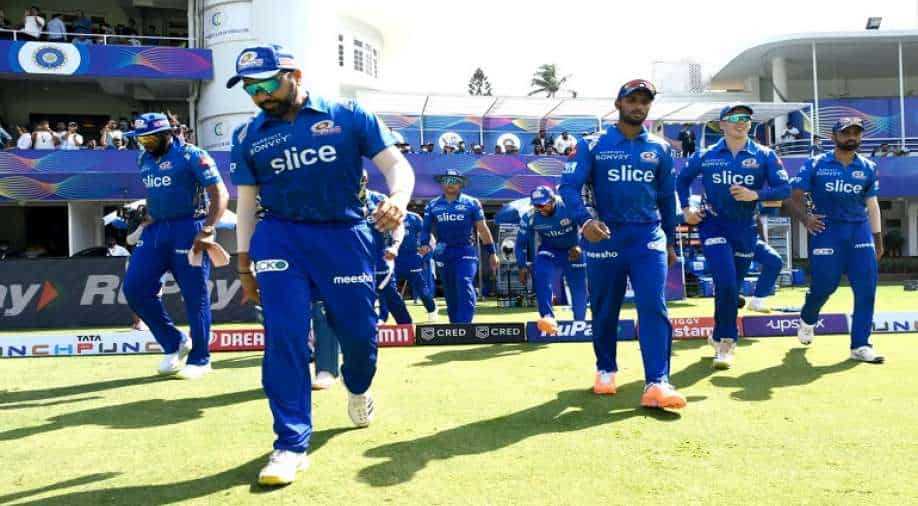 Mumbai Indians have not a single match till now in IPL 2022 | Photo: IPL | Photograph:( Others )

Rohit Sharma & Co will be looking to clinch their first points of the season when they face defending champions Chennai Super Kings in a heavyweight clash at the DY Patil Stadium on Thursday.

Six matches and not a single win – It has been a horrible start to the Indian Premier League (IPL) 2022 season for Mumbai Indians. The five-time winners have struggled to get their team composition right and have already experienced their worst ever start to an IPL tournament.

Rohit Sharma & Co will be looking to clinch their first points of the season when they face defending champions Chennai Super Kings in a heavyweight clash at the DY Patil Stadium on Thursday.

In their previous encounter, the MI bowling attack was taken apart by KL Rahul who scored his third IPL century and although a number of Mumbai Indians batsmen got good starts, they were unable to convert them into big scores and as a result, MI fell short of the mammoth target by 18 runs.

With the team in deep trouble and reports suggesting an injury issue for fast bowler Tymal Mills, MI may end up making multiple changes to their playing Xi ahead of the CSK encounter.

Rohit Sharma and Ishan Kishan are expected to open the innings with Dewald Brevis and the in-form Suryakumar Yadav providing a lot of balance to the Mumbai Indian top order. The middle order will have Tilak Verma, Kieron Pollard and Tim David who is expected to replace Fabian Allen in the side.

In the bowling attack, Murugan Ashwin is expected to be the main spin option with Jaydev Unadkat partnering Jasprit Bumrah in the pace department. There are doubts over Tymal Mills following reports of an injury and Riley Meredith can be a good replacement for him because of his raw pace.