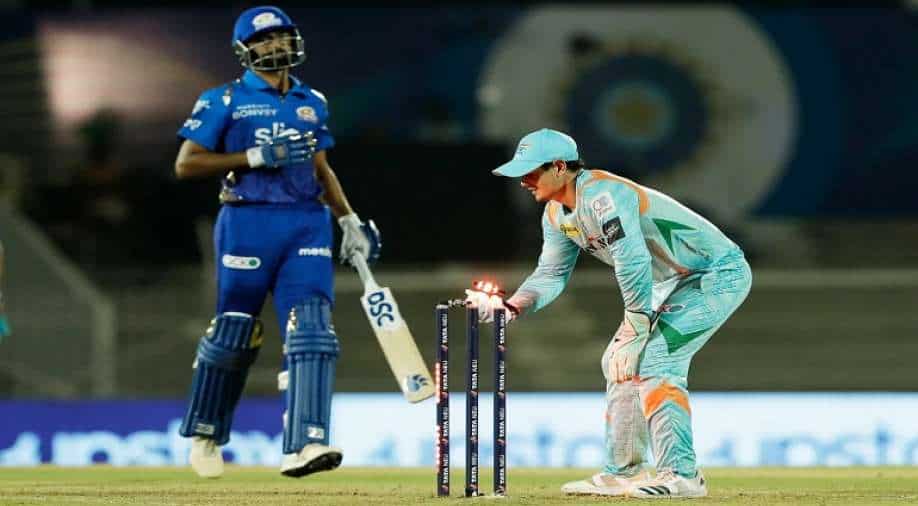 Delhi Capitals (2013) and Royal Challengers Bangalore (2019) had previously achieved a similar unwanted feat in the competition but both the sides were able to win the seventh game of their respective seasons.

Mumbai Indians suffered their sixth consecutive defeat in the Indian Premier League (IPL) 2022 as they were beaten by Lucknow Super Giants by eighteen runs in Mumbai on Saturday.

This is currently the worst start to an IPL season for the Rohit Sharma-led side with the previous record being five straight losses in 2014. However, in 2014, MI were able to stage a brilliant comeback from that precarious position to reach the playoff stages of the T20 competition.

MI also became the third team in the history of the tournament to lose their first six encounters.

Delhi Capitals (2013) and Royal Challengers Bangalore (2019) had previously achieved a similar unwanted feat in the competition but both the sides were able to win the seventh game of their respective seasons.

As a result, another loss for Mumbai Indians will mean that they will be the first team in IPL to lose their first seven matches and Rohit & Co will be desperate to avoid that embarrassing situation.

Next up, Mumbai Indians will take on defending champions Chennai Super Kings on Thursday.

Chennai Super Kings have also struggled this season with just one victory in five encounters and they will also be looking to register a win to get their disappointing season back on track.

In the match, KL Rahul scored his third IPL century as Lucknow Super Giants posted 199 for the loss of five wickets in 20 overs. In response, Avesh Khan took three wickets to hand LSG the victory