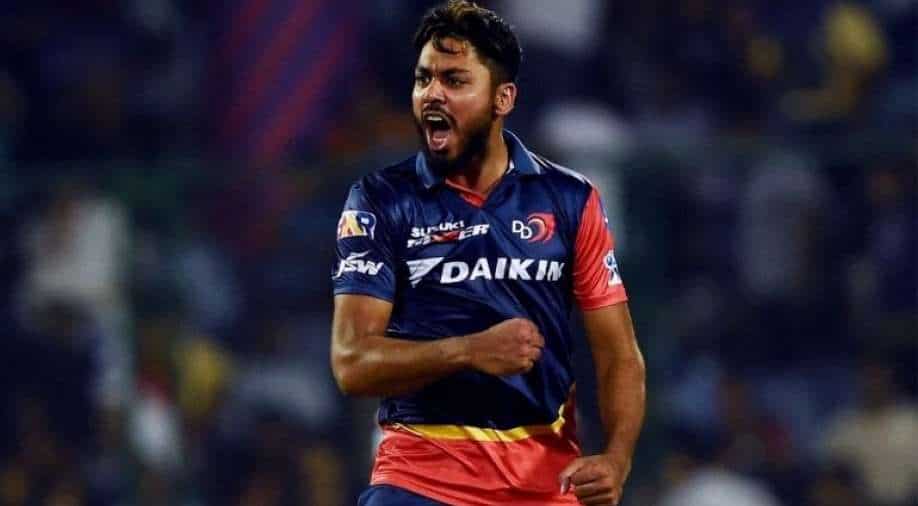 Avesh Khan made heads turn by becoming the highest-ever uncapped player on Day 1 of the IPL 2022 mega auction, being held in Bengaluru.

Avesh Khan, who had a memorable run for the Rishabh Pant-led Delhi Capitals (DC) in IPL 2021, has made heads turn by becoming the highest-ever uncapped player during Day 1 of the IPL 2022 mega auction, being held in Bengaluru on Saturday (February 12). He, thus, went past K Gowtham’s 9.25 cr in 2021 (CSK) to create a new record among uncapped players.

When broadcaster Charu Sharma announced the players from the uncapped list, Avesh's name attracted quite a lot of franchises as he saw several teams bidding for him. The MS Dhoni-led Chennai Super Kings (CSK), Lucknow Super Giants (LSG), Mumbai Indians (MI) and the 2016 champions Sunrisers Hyderabad (SRH) were engaged in an intense bidding war for the 25-year-old pacer, who eventually went to the KL Rahul-led Lucknow franchise for a whopping price of INR 100 million (INR 10 crore).

For the unversed, Avesh had a breath-through season in IPL 2021 edition, accounting for a total of 24 wickets -- second-most overall -- at an average of 18.75. He, thus, played a key role in taking Pant & Co. to the playoffs. He, however, wasn't retained by Delhi camp as they went ahead and retained Pant, Prithvi Shaw, Axar Patel and Anrich Nortje.

Prior to the mega auction proceedings, R Ashwin -- Avesh's ex-DC teammate -- had predicted a huge bidding war for the young speedster. "There is definitely going to be a bidding war for Avesh Khan. No doubt about that. Guarantee. Just like how Vijay Mallya fought for me with CSK in 2010, I can picture a Parth Jindal or a Kiran Rao fighting it out for Avesh Khan this year. With whom will they fight? Well, that might be any team," Ashwin said on his YouTube channel.

Surely, many are highly impressed with Avesh as he will now look to replicate his previous season's performance in the Rahul-led Lucknow franchise.