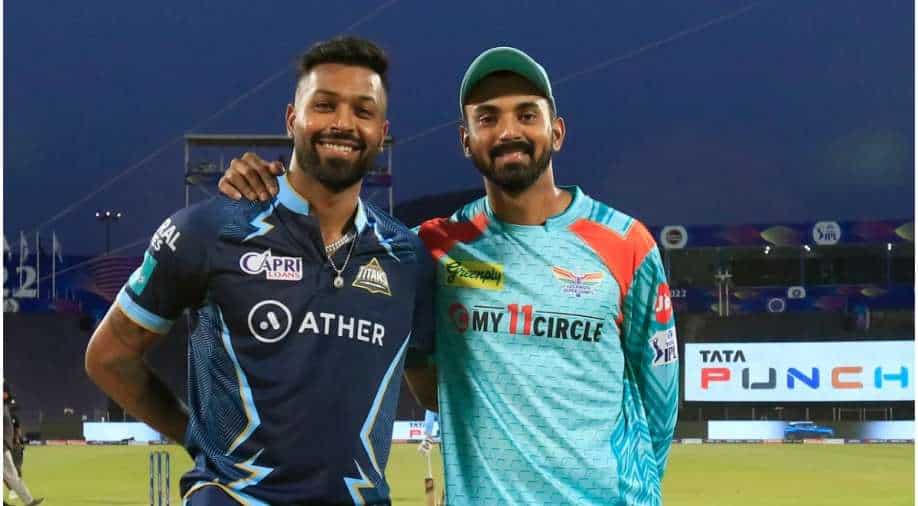 Former Indian opener Virender Sehwag picked his 'most impressive' captain in IPL 2022 ahead of the Qualifier 1, which will take place on Tuesday (May 24).

IPL 2022 is now onto the playoffs. After a riveting two months, the league stage of the 15th season finally ended and the action now moves to the knockouts as the top four sides will give their best to end with the elusive title.

In the league stage, there were quite a few notable surprises. No one would've imagined Mumbai Indians (MI) and Chennai Super Kings (CSK) -- two of the most successful teams with nine trophies combined -- to end at the bottom whereas some uncapped Indian players did very well compared to the marquee national and foreign players. Along with this, both the debutant sides -- Gujarat Titans (GT) and Lucknow Super Giants (LSG) -- have also qualified for the playoffs.

Captaining an IPL team for the first time, Hardik Pandya impressed a lot by marshalling his troops and taking Gujarat to the playoffs. Thus, many former and active cricketers have been impressed with his captaincy in what is the all-rounder's comeback tournament after a long gap. Virender Sehwag, India's former opener, also hailed Hardik's style of captaincy and termed him the most impressive captain of the league stage.

"One captain who has impressed me the most is Hardik Pandya. I did not expect Hardik Pandya to do such a wonderful captaincy. The way he used to bat, I thought he will be similarly aggressive with his captaincy too. He did not do that. He was cool and calm," Sehwag said in an interview with Cricbuzz.

"I am not saying this because his team won so many matches or because Ashish Nehra is my friend. When do you like someone's captaincy? It happens when, during crucial moments, you take crucial decisions especially while your team is bowling. The changes that you do in bowling or fielding which yields results. During pressure situations, he has been calm and that's why I have liked his captaincy," he added.

Under Hardik, Gujarat ended the league stage with 10 wins and even topped the points table.

Hardik-led Gujarat will now aim to beat Rajasthan Royals (RR) in Qualifier 1 and book a place in the final. Even if they lose, the debutant team won't be out of the competition. However, they will have to take a longer route to reach the summit clash, by facing the winner of the Eliminator -- between Royal Challengers Bangalore (RCB) and Lucknow on Wednesday --  in Qualifier 2, scheduled to take place on Friday (May 27).