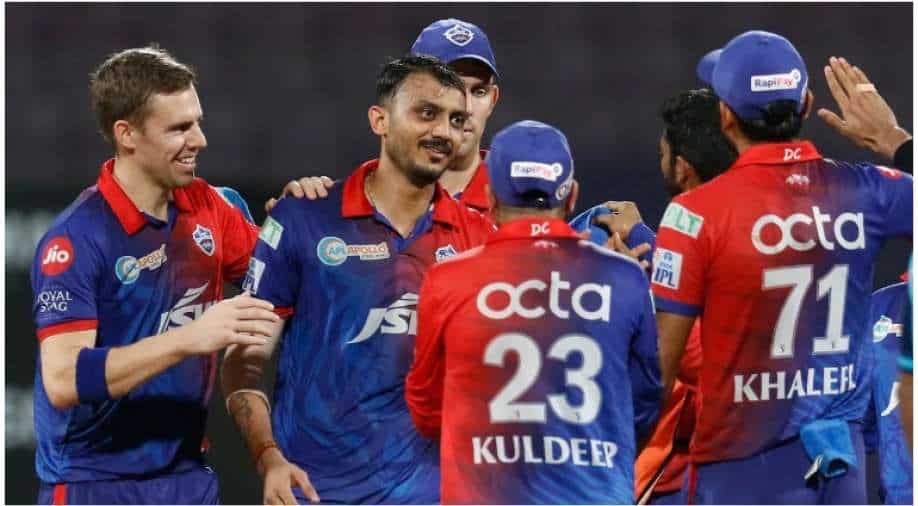 DC vs PBKS: While the left-arm spinner Axar Patel has only six wickets in IPL 2022 so far, he became only the 18th bowler overall in the history of the T20 league to enter the 100-wicket club.

In match 64 of the IPL 2022 edition, held on Monday evening (May 16), the Rishabh Pant-led Delhi Capitals (DC) locked horns with Mayank Agarwal's Punjab Kings (PBKS) at the DY Patil Stadium, Mumbai as both teams looked for a win to remain in the playoffs race. However, Pant-led DC emerged on top by 17 runs and have now stormed into the top-four.

As Punjab opted to bowl first, DC rode on Mitchell Marsh's 48-ball 63 and cameos from Lalit Yadav, Sarfaraz Ahmed and Axar Patel to post 159-7, despite Liam Livingstone and Arshdeep Singh's three scalps each. In reply, Punjab faltered in the run-chase, being restricted to 142-9 in 20 overs. While Shardul Thakur returned with 4 for 36, Axar Patel-Kuldeep Yadav also chipped in with two wickets apiece.

With two more scalps in his overall tally, Axar conceded only 14 runs in his quota of four overs, removing Mayank and Rishi Dhawan. While the left-arm spinner has only six wickets in IPL 2022 so far, he became only the 18th bowler overall in the history of the T20 league to enter the 100-wicket club.

Shardul, who was named the Player of the Match, lauded Delhi's bowling unit that worked in tandem to deliver in a crunch game for the franchise with the playoffs spot up for grabs.

"I always like to perform in crunch times, the last two games were important and I always feel happy when I rise to the right occasion. 6th over was a big over where I got two wickets, they were cruising and in both innings fast bowlers were going for runs in the powerplay and as soon as the powerplay ended, the runs stopped.

"The spinners came in and did a good job. As a bowling unit we were trying to hit good areas, but after 12th over there was dew which is why we did not bowl Kuldeep Yadav. I'm preparing well and whenever I got the chance, trying to put some score and hoping I will continue my run with the bat," he said after the match.