IPL 2021: 'We have a really good shot at making it to the playoffs,' says Rajasthan Royals all-rounder Riyan Parag 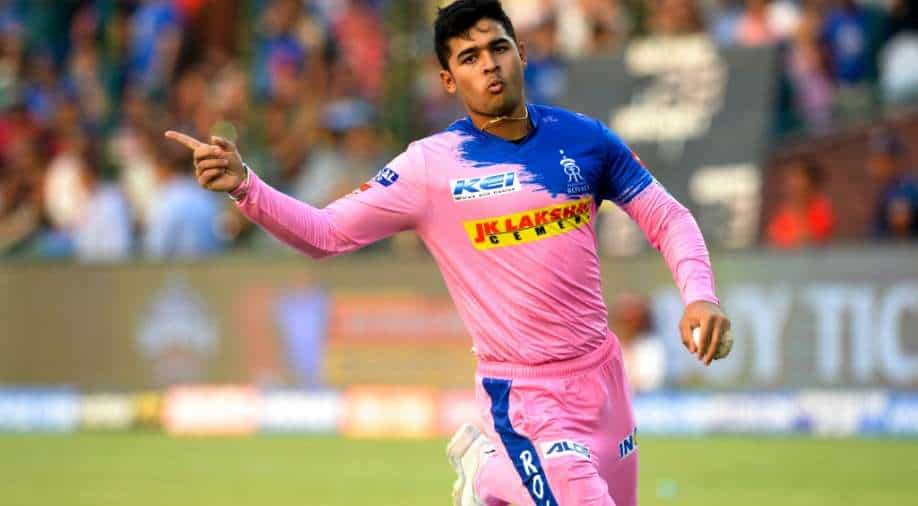 Riyan Parag believes that the franchise has a decent shot at making it into the playoffs. They are right now fifth in the points table.

Rajasthan Royals all-rounder Riyan Parag predicted his team's chances for the rest of the IPL season and feels that the Royals have a 'good shot' of making into the play-offs.

Riyan Parag bragged an amazing strike rate of 144 in the first half of the IPL. Despite the fact that he couldn't perform as well as could be expected in the first portion of IPL 2021, preceding it was pronounced delayed because of the Covid-19 pandemic in India, he is sure of a decent second half in the UAE.

He believes that the franchise has a decent shot at making it into the playoffs. They are right now fifth in the points table. Riyan Parag likewise noticed how the squad is now familiar with the conditions in the UAE.

"I think we have a really good shot at making it to the playoffs. We’re placed number fifth on the table, and we’ve got seven more matches to play," he said.

"Plus, we know the conditions in UAE really well from last season. I believe we can improve a lot in various departments, and with a good team balance and combination on and off the field, I think we’ll have a really good shot of qualifying for the playoffs first, and then, of course, winning the title," he added.

Riyan Parag believes the IPL gives him a stage to exhibit the best of his capacities. In addition, he evaluated his adventures in the first portion of the 2021 IPL and feels he might have improved in specific regions.

“I think the first half of the IPL was decent for me, but I could’ve done better in terms of winning more matches for the Royals. But I’m not going to be too harsh on myself, because I believe in my abilities, and through rigorous training," he said.

"I’m pretty sure I will be able to make a difference in the UAE. The tournament also presents me with the chance to perform to the best of my abilities and make a case for the senior national team,” he added.

Riyan Parag will continue his mission for the Rajasthan Royals when they face Punjab Kings in Dubai on September 21. He has scored 78 runs and scalped 1 wicket in the season up until now.