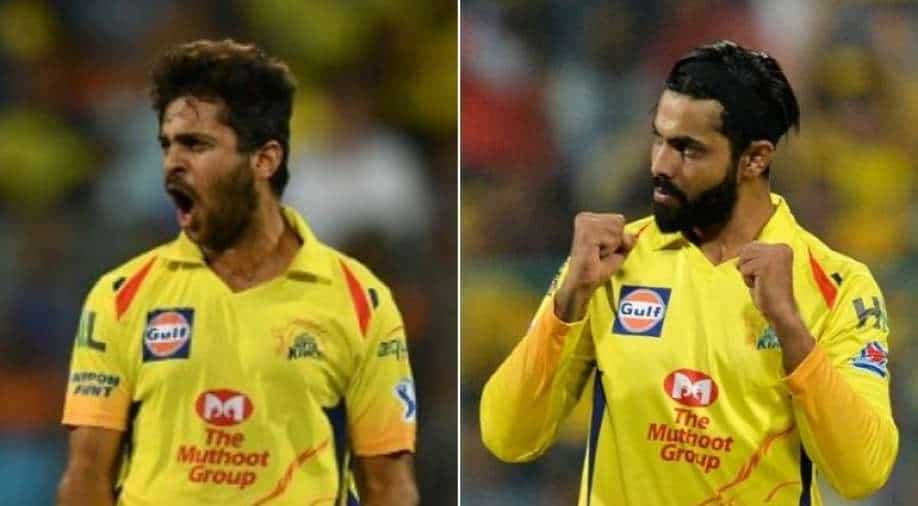 The players will now undergo a six-day quarantine and join the rest of the squad members who are already in the bubble.

Chennai Super Kings (CSK) players, who were in the United Kingdom for the Test series between India and England have arrived in the UAE on Sunday (September 12) to play the remaining matches of the Indian Premier League 2021.

All-rounder Ravindra Jadeja, Cheteshwar Pujara, Shardul Thakur and Moeen Ali arrived in Dubai as informed on the official Twitter handle of the franchise. "En-coming. 4 times the joy today at Whistles Kingdom!" CSK tweeted. The players will now undergo a six-day quarantine and join the rest of the squad members who are already in the bubble.

After the deciding fifth Test match between India and England in Manchester was dramatically cancelled because of COVID-19 concerns in the Indian camp, players have started to fly to UAE for the second leg of IPL 2021.

The 14th season of the IPL, which was postponed in May this year in the wake of the COVID-19 situation in India, will resume on September 19 in Dubai with a blockbuster clash between Chennai Super Kings and Mumbai Indians.

The matches will be played following strict COIVD-19 measures. The BCCI has decided to do away with contact tracing devices for the UAE leg.