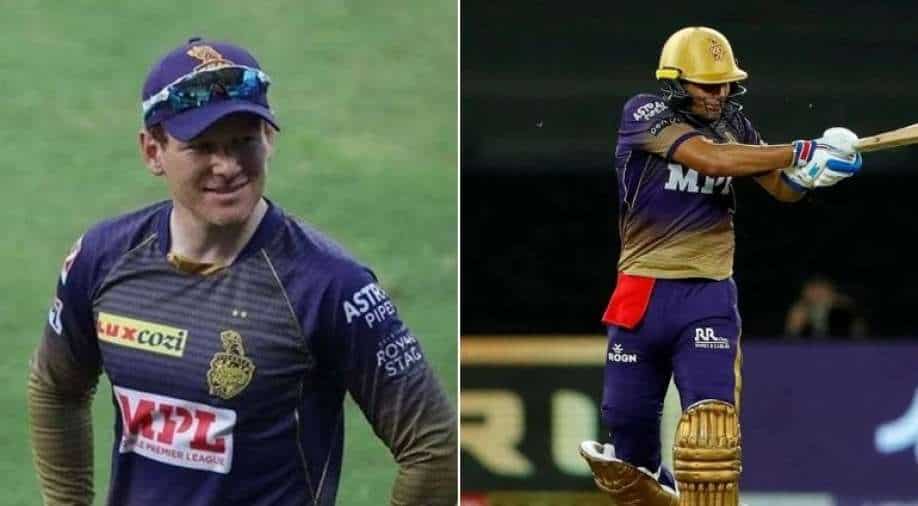 During the post-match presentation, Morgan said, "Shubman played extremely well and led the chase. The depth of the squad to be able to call Shakib is a huge luxury, so he has had a huge impact. We didn't know it wouldn't be played in India, and we have done well in the conditions and adapted well."

Morgan added, "The wicket played slower than we thought, than the wicket two nights ago. It swings early in the powerplay in these conditions, but it was sluggish. We needed to bowl and field well and we did."

"We are focussed on playing good cricket and we've done that in the last three weeks. The game plan has had a good impact in the dressing room and guys are putting their hands up. We have done well to adapt to the slow conditions and I'm happy with that," said Morgan.

A calculative half century from KKR 💜 opener @ShubmanGill 💥👏🏻 #VIVOIPL #KKRvSRH

While chasing a modest target of 116, KKR reached 119 for 4 in 19.4 overs to win the match. Opener Shubman Gill top-scored with 57 from 51 balls while Nitish Rana contributed 25.

The win has placed KKR at the fourth place in the standings with 12 points from 13 games. With three playoff berths already taken by Chennai Super Kings, Delhi Capitals and Royal Challengers Bangalore, the race is on for the fourth and final spot between KKR, Rajasthan Royals and defending champions Mumbai Indians.