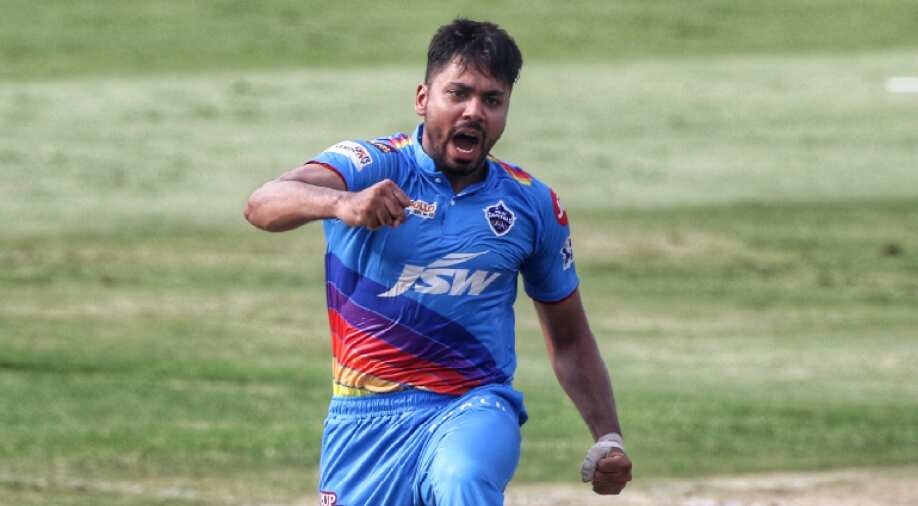 Delhi Capitals (DC) have consolidated their spot in the top two on IPL 2021 points table after a four-wicket win over Mumbai Indians in Sharjah on Saturday.

Uncapped fast bowler Avesh Khan continued his impressive run as his three-wicket haul helped Delhi Capitals (DC) beat defending champions Mumbai Indians (MI) by four wickets in IPL 2021 on Saturday. Delhi Capitals successfully chased down the target of 130 runs with five balls to spare to consolidate their spot in the top two on the points table with 18 points from 12 matches so far this season.

Along with Chennai Super Kings (CSK), Rishabh Pant-led DC are the only team to have qualified for the playoffs so far in IPL 2021. DC, who lost in all four meetings against defending champions Mumbai Indians in IPL last season, have exacted their revenge on Rohit Sharma & Co. by winning both games against them this season.

Delhi Capitals have handed a major jolt to Mumbai Indians' chances of making it to the playoffs this season with their four-wicket win in Sharjah on Saturday. The loss means Mumbai Indians now have only ten points from 12 matches so far this season and will need big wins in their remaining two matches to stand a chance at finishing in the top four.

Pant invited MI to bat first after winning the toss in Sharjah and the decision proved right as DC bowlers produced an emphatic performance against a hapless Mumbai batting line-up. Avesh drew the first blood by sending Rohit Sharma back cheaply on 7 off ten balls before Axar Patel got rid of Quinton de Kock (19), Suryakumar Yadav (33) and Saurabh Tiwary (15).

Suryakumar and De Kock added a 60-run stand for the second wicket but MI lost the plot after the Proteas batsman's dismissal as the middle-order failed to deliver with the likes of Hardik Pandya (17) and Kieron Pollard (6) getting out cheaply. After dismissing Rohit, Avesh also accounted for the dismissals of Hardik and Nathan Coulter-Nile to finish with sublime figures of 3/15 in his 4 overs.

Avesh and Axar picked up six wickets between them to restrict MI on a low-key total of 129/8 and set up a comfortable chase for their side.

In reply, DC got off to a stuttering start as they were reduced to 2/20 inside the first five overs before skipper Pant (26) and former captain Shreyas Iyer (33*) added 27 runs for the fourth wicket. Iyer remained unbeaten on a run-a-ball 33 and combined with R Ashwin (20 not out) to help DC wrap up an easy win.

With the victory, DC have now amassed 18 points from 12 matches far this season and have cemented their spot in the top two on the points table. They are the only team along with CSK to have qualified for the playoffs in IPL 2021 and will be looking to finish on a high in their remaining two matches in the league stage.