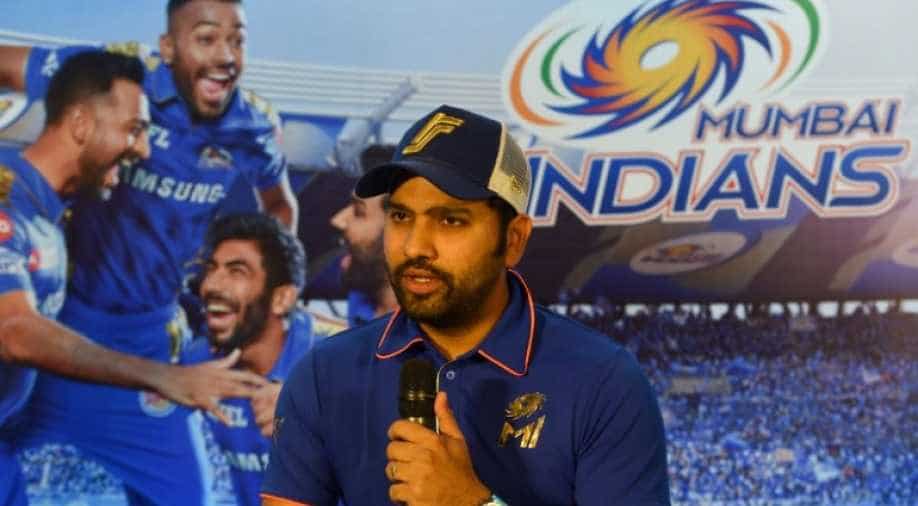 In 2018, Sharma had batted in the middle order and it didn't go well for him or the team and he finished his season with just 286 runs.

Rohit Sharma, skipper of Indian Premier League side Mumbai Indians said that he will be opening the batting for his team in the upcoming edition of IPL.

In a press conference, Rohit said, "I have in the past batted in the middle order and I have opened also in few games but yeah, I mean whatever the team requires, wherever the team requires me to bat, I have to bat in that position to make sure that we get the right balance, right composition of the team as well."

In 2018, Sharma had batted in the middle order and it didn't go well for him or the team and he finished his season with just 286 runs.

However, the skipper of the three-time champions said, "This year, I will open the batting for all the games, that is for sure."

For Indian cricket team, Sharma has been a consistent opening batsman.

He also spoke about players' workload as overseas players a likely to return to join their national teams for World Cup preparations.

"I think, with the limitations of overseas players this time around, World Cup being and some of the players returning to their country, the onus will be on those Indian players to step up and take the team through."

"It's not just for MI (Mumbai Indians) but for the other teams also," he added.

Mumbai Indians will begin their IPL endeavour against Delhi Capitals on March 24. IPL begins on March 23.