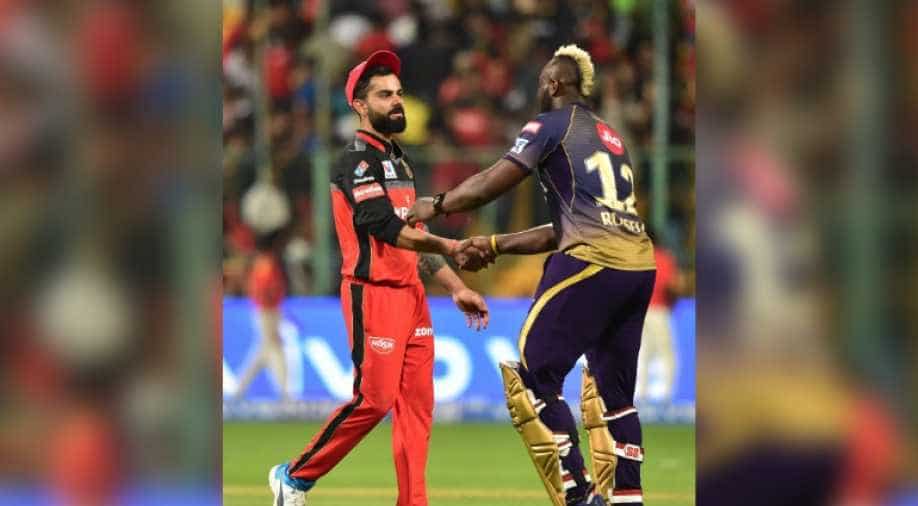 After the match, twitterati came up with several hilarious memes that can be related to Bangalore's current situation.

Kolkata's Andre Russell smashed an unbeaten 13-ball 48 as Kolkata defeated Bangalore by five wickets in an Indian Premier League match on Friday at the Chinnaswamy Stadium.

Russell came out to bat with Kolkata needing 67 off 26 balls. Skipper Dinesh Karthik (19) got out in the next over and in the last three overs, the away side needed 53 runs off 18 balls.

Bangalore skipper Virat Kohli even slammed the "unacceptable" effort of his pacers after the hosts suffered their fifth straight loss in the ongoing edition of IPL.

Chasing 206, Kolkata team was able to score 66 runs off the last 24 balls to snatch a sensational win from Bangalore, who are yet to win this season.

After the match, Twitterati came up with several hilarious memes that can be related to Bangalore's current situation.

Earlier, Virat had said that the team will discuss to get the right balance of the team as there is still time left and now he will experiment with team combinations.