IPL 2019 Final: Here's what Mumbai co-owner Nita Ambani did during the final over 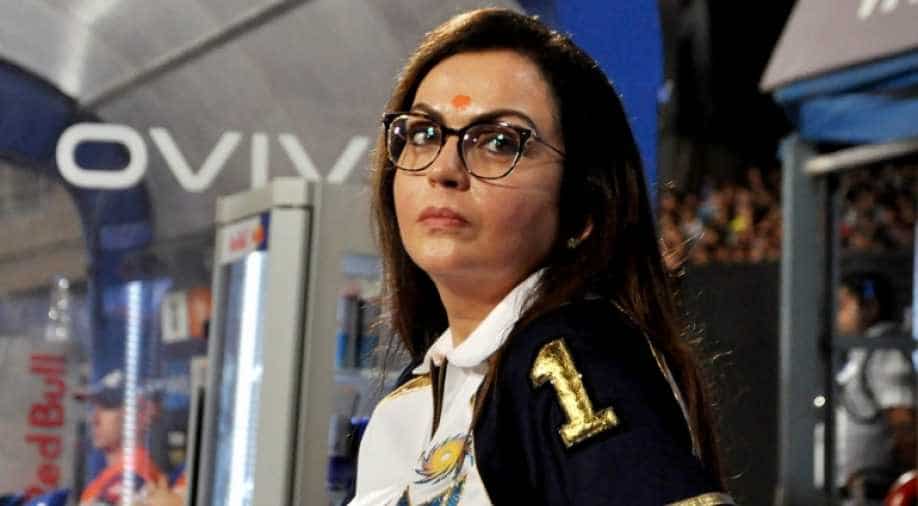 The final match kept the fans enthralled as the winner-takes-all contest went to the wire and was decided in the last ball of the tournament.

Mumbai co-owner Nita Ambani, who was watching the match live at the stadium shared her experience when the decisive last over was going on.

"Last over I couldn't see. I just went by the cheers of the crowd," said Nita Ambani during the post-match presentation.

Mumbai skipper Rohit Sharma picked Lasith Malinga over Hardik Pandya in the last over of the Indian Premier League 2019 final.

Rohit was ready to carry the cross had the decision to use Malinga backfired but had a gut feeling that Malinga will be able to pull it off.

The Sri Lankan repaid the faith his skipper showed in him defending nine runs off the final over.

Rohit said, "Malinga is a champion, he has been doing it for many years for us. I was thinking of Hardik for the final over, but I wanted to back someone who has been in that situation for us before, and Malinga has been there many times."

Mumbai's other owner and Nita's son Akash Ambani said, "That's Lasith Malinga for you. He's the only bowler to have done it for 10-12 years now. He's a special man in our team."

From #OneFamily, with love 💙

"I think it's the environment we create around the team, we treat the entire team as a family. I must credit the efforts of the coaching as well as the back-room staff," he added.