IPL 2018: Players to watch out for in Mumbai vs Kolkata clash 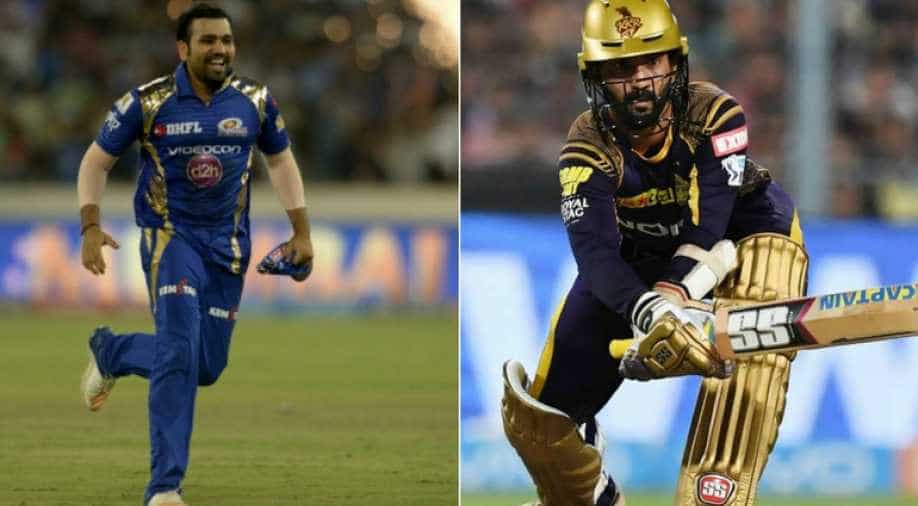 This will be the first time when Kolkata and Mumbai will come face to face in the Indian Premier League (IPL) 2018.

With five wins in their kitty, the Dinesh Karthik-led team stands at number three, while the Rohit-Sharma-led Mumbai are currently placed at number five with just three win.

Being their first game, the fact automatically makes the match more intriguing and unpredictable.

So, let's take a look at the players expected to perform above par in today's game:

1. Suryakumar Yadav - The Mumbai opener smashed 42-ball-57 pouring six fours and three sixes against Punjab. He was also awarded the 'Man of the Match'. Being the most consistent performer for Mumbai, Yadav will score high at his home-ground -- Wankhede Stadium.

2. Rohit Sharma - As Mumbai requires to win every match they play to qualify for the play-off, skipper Rohit Sharma will surely be under tremendous pressure. In the last match against Punjab, he remained unbeaten and took the team to the victory side. He is definitely a player to watch out for today.

3. Shubham Gill - The young cricketing sensation played a splendid knock against Chennai to save its team from drowning. He displayed his calibre with an impeccable inning of an unbeaten 57 runs off 36 balls to bring victory home. This isn't the first time when he stood up for his team and would continue to do the same to help his team consolidate its position.

4. Dinesh Karthik -  Another skipper in the ongoing league, who is making every effort to make sure his team qualifies for the play-off. Karthik, who is in red-hot form for his team, scored 45 runs off 18 balls, slamming seven fours and one six. Kolkata played their best and managed to beat the second-best team Chennai in the league table. His coolness on the ground makes him the player to watch out for today.

5. Sunil Narine - The Kolkata all-rounder left no stone unturned in his last game against Chennai. Be it bowling or batting he performed in both the departments. He took two crucial wickets of Chennai and scored 20-ball-32 to give its team the required start. He was also awarded the 'Man of the Match'. Today, when Kolkata faces the defending champions, he would be prepared to swing wickets and score high for his franchise.

So overall, Mumbai will fight to save themselves from getting eliminated while Kolkata will play to strengthen its position.