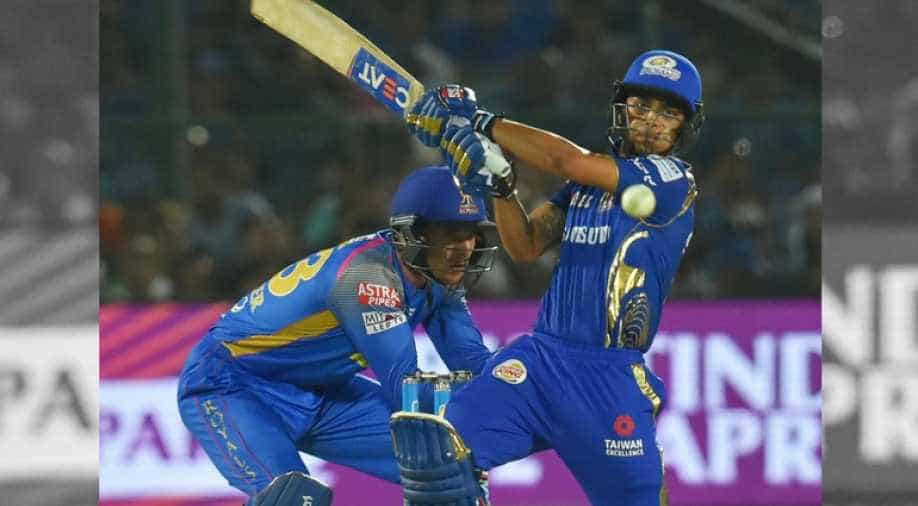 Batting first, the openers Suryakumar Yadav started off the innings well and scored 72 runs for the team playing at a strike rate of 153.19. On the other hand, another opener Evin Lewin went back to pavilion without scoring a single run.

Rohit Sharma, who is currently experimenting with his playing position came at number five but could not score a single run.

Rajasthan bowling was slightly better from previous matches in the presence of their hidden gem Jofra Archer proved most economical for the team.

He took 3 crucial wickets in his 4-over spell and gave just 32 runs.

Dhawal Kulkarni also took 2 wickets and help the team to restrict Mumbai at 167.

Earlier, Rohit Sharma won the toss and opted to bat, after winning the toss he said, "It's a good pitch, runs on the board is always nice. It's a big ground. I think we can defend the target in bigger grounds."

He mentioned about Kieron Pollard current form, said, "Not really worried too much about Pollard's form. He hasn't got enough time with the bat. He's been a crucial part of the team. We back him and he's a match-winner for us. Same side for us."

Ajinkya Rahane mentioned about the replacements, Dhawal Kulkarni is playing at the place of Stuart Binny and Jofra Archer is back and has replaced Ben Laughlin.

Rahane also mentioned, "The wicket looks really good and it usually gets better and better as the game goes on. It's about starting fresh now after two losses. Mumbai is a quality team."